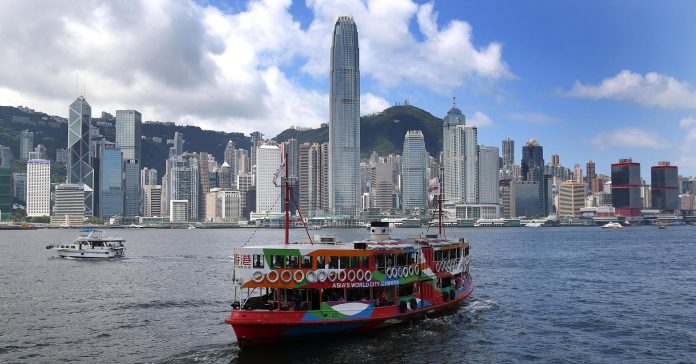 China‘s growing influence on Hong Kong has triggered concerns and protests, but Beijing will want to keep the city politically stable given its economic importance to the mainland and appeal to Western firms looking to set up a base in the region, analysts said.

“From Beijing’s perspective, Hong Kong is still very important as a bridge to the rest of the world,” said Commerzbank’s senior emerging market economist, Hao Zhou.

“China wants to have a relatively politically stable Hong Kong, as well as strong financial services in Hong Kong, to enhance China’s transition to a service-oriented economy,” said Zhou, adding that he expected “supportive policies” from Beijing soon.

Hong Kong was returned to China from Britain 20 years ago on July 1, 1997 under a “one country, two systems” formula which confers wide-ranging freedoms and judicial independence not seen in mainland China.

Concerns in the city about the creeping influence of the Communist Party, however, loom large.

The disappearance of some Hong Kong booksellers specializing in politically sensitive books in 2015 added to skepticism about Beijing’s intentions for the Special Administrative Region.

Despite the political tensions, Chinese investments and businesses have continued to grow in Hong Kong.

The city, said Zhou, has opened a door for Chinese companies, while Western firms prefer to set up a base in its familiar environment. The city is also a bridge for the Chinese financial system, linking it to the rest of the world.

The growing heft of Chinese companies in Hong Kong’s markets reflects this.