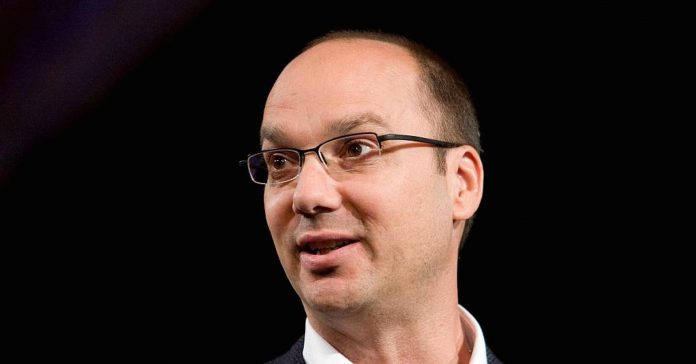 “It used to mean something — your selection, your choice,” said De Masi, formerly of Glu Mobile. He said that consumers perceive their smartphone choices today as “boring,” with innovation that’s incremental and lacks “passion.”

To be sure, the “distinctive” appearance of the Essential phone would not be hard to recreate — patents show that Apple is already looking into ceramic finishes. Copycatting runs rampant in Silicon Valley, often to great success. Most recently, Facebook’s Instagram recreated many well-loved Snapchat features. Apple once waged war on Samsung over intellectual property surrounding the iPhone. Apple itself has been accused of copying Xerox.

De Masi said he expects Essential to be copied.

“There is a fair amount of intellectual property protecting our devices,” De Masi. “But at the same time, consumers don’t care about that as much as who was first. I don’t think people get much credence in the Western world for being copycats. We know people will copy us. These devices will show up in plastic and cheaper materials in all sorts of markets around the world. Our goal is not to be near-looking.”

The camera is part of Essential’s larger vision to allow consumers to switch out parts of their phone as technology improves without swapping the whole phone. Essential’s $700 price tag aims to present more “pro-consumer” profit margins than competitors like Apple and Samsung, De Masi said.

“We’re not pricing ourselves at two or three times the cost of materials,” De Masi said. “Like, consumers complain about how many dongles they have to buy. We’re doing away with those.”

De Masi doesn’t think that Asian brands like Xiaomi will expand as “love brands” in the U.S., despite their cheaper prices. Even if Essential used foreign suppliers, prototyping in Silicon Valley keeps Essential at the bleeding edge of innovation, De Masi said.

“There is room in the market, in the Western world, for another, what I call, ‘love ,'” De Masi said. “I think Apple has done a good job on that over the past 30 years. I think everyone else has either retrenched or are seen as foreign brands.”

Other brands, like Motorola and even Google, have tried to release modular phones with interchangeable little success. But De Masi said that the manufacturing process has become easy enough that creating nimble, beautiful phones is now easier and cheaper.

But despite his criticism of other cookie-cutter phones, De Masi said that Essential’s modular phones will not enable options like changing the color of chassis because they are not “meaningful innovation.”

One of the first arenas where Essential will compete is VR, specifically 360 videos. It’s an area that Google’s Daydream and even Facebook are trying to win.