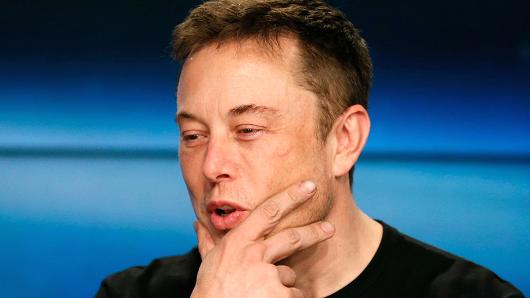 Elon Musk will remain CEO of Tesla for the foreseeable future, he said on Wednesday.

Musk said there is “no active or passive” search for a new CEO for the company, but that at some point he might be willing to appoint someone and take on a different role more focused on product development and engineering.

“There are no plans to make a change at this time,” Musk said on a conference call after the company released fourth-quarter earnings that beat analyst expectations.

Last month, Tesla announced a new compensation structure that requires Musk to remain at the company for the next 10 years if he is to maximize his earnings. However, under the terms, he doesn’t need to be CEO. He can switch out of that role into a chief product officer job while remaining chairman.

For several years, there has been widespread speculation that Musk could step down from Tesla by 2020 to focus on his private rocket-ship company, SpaceX.

Musk himself stoked that talk by saying, five years ago, that he wanted to stay with Tesla through the introduction of the Model 3. In 2014, however, he said he would be the CEO for “the next four or five years, and it’s T.B.D. after that.”

SpaceX made headlines Tuesday with the successful launch of the Falcon Heavy, the most powerful commercial rocket to date.