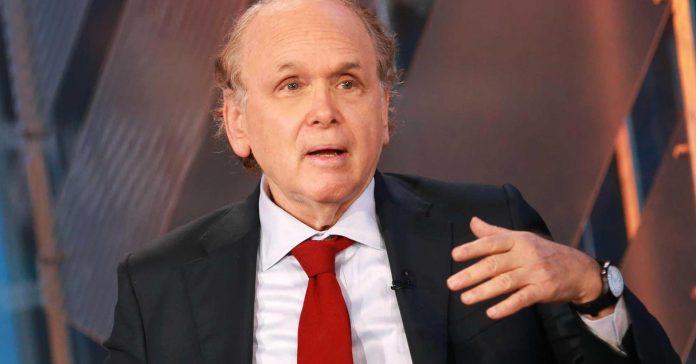 With technological advances in the past few years making U.S. shale oil profitable at much lower levels, the united OPEC-Russia front is feeling the squeeze, said Daniel Yergin, a Pulitzer Prize–winning author and leading oil analyst.

International crude producers are trying to adapt to a new world in which U.S. shale production is profitable at $40 to $50 per barrel, he told CNBC’s “Squawk Box” on Friday, a day after OPEC and non-OPEC players agreed to extend cuts in output by nine months to March 2018.

“I think OPEC is actually back in business [but] as a swing producer,” said Yergin, who won the Pulitzer for his best-seller “The Prize: the Epic Quest for Oil Money and Power.”

Yergin, vice chairman of consultancy group IHS, said there’s been a “recalibration of costs” since June 2014, when oil prices started to sink. Three years ago, U.S. shale producers needed to see per-barrel prices much higher to competitive, he said.

“When the prices started down, there was this widespread thinking $70 to $80. But it’s been so innovative. It’s almost like we’re looking at Shale 2.0. It’s almost a different industry than it was three years ago,” he said.

West Texas Intermediate crude began tanking that June from around $108 per barrel. WTI prices lost about 75 percent, plunging to under $27 per barrel by early 2016.

Prices have recovered dramatically since then but were still trading under $50 per barrel on Friday. U.S. crude sank nearly 4.8 percent on Thursday on disappointment that OPEC and the other producers weren’t more aggressive in extending their output cuts.

“Next year we actually think U.S. oil production won’t increase as much because they’ve increased so much this year,” said Yergin. “I think that’s the kind of viewpoint OPEC took — that they’ve got to run this thing into next year.”

Michael Cohen, head of energy markets research at Barclays, attributed Thursday’s slide to the market looking for “the icing on the cake,” such as deeper output cuts or limits on exports.

“When those things weren’t included, then this kind of movement happens. [But] we remain constructive on oil prices for next couple months as inventories draw down,” he told CNBC in an email.