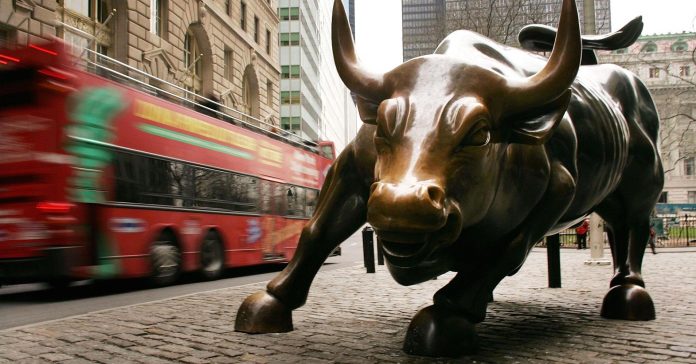 Despite the gloomy budget headlines from Washington and the tragic events in Manchester, England, new records were set this week by both the Nasdaq and the S&P 500.

Recent earnings winners included Wal-Mart and Home Depot, signs of life in the dismal retail sector. Last week, HP, Medtronic and Best Buy all posted better-than-expected earnings. On the data front, a fresh reading on gross domestic product showed a better number than the first estimate. Manufacturing PMI for May also saw better-than-expected numbers with new orders at their best level of the year and employment improving.

Looking ahead to next month’s two-day Federal Reserve meeting, where a rate rise is expected, Gibson says a hike could ultimately be good news for savers.

“For the average American raised interest rates obviously mean higher mortgage rates potentially on the long end of course, auto loan rates will go up. Hopefully we will begin to see some of those savings rates increase for the consumer,” Gibson said. “I’d love to see some of the larger bulge-bracket investment banks and commercial banks begin to raise the savings rates for the average consumer as well.”

“Hopefully you are investing for the long term and your financial advisor or whoever is helping you with determining your asset allocation is positioning you for the time horizon which you currently have, in which you’ll actually need the money,” she said. “So, changing something based just on this week is probably not advisable for most.”

Meanwhile, all three major indexes posted gains for the week, breaking two-week losing streaks for the Dow and S&P 500.

“On the Money” airs on CNBC Saturdays at 5:30 am ET, or check listings for air times in local markets.