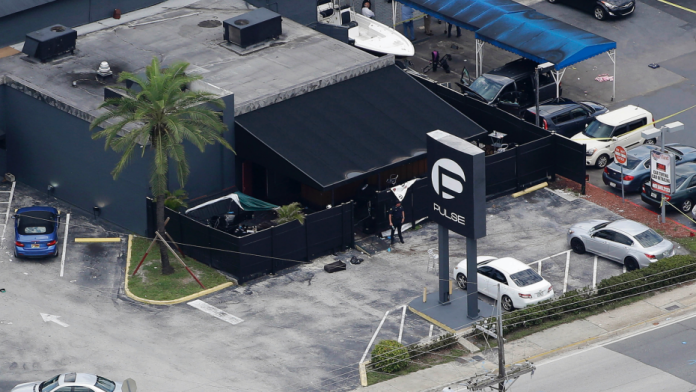 ORLANDO, Fla. –  The Latest on the trial of the widow of the Pulse nightclub shooter (all times local):

Opening statements are offering opposing portraits of the widow of the man who shot and killed 49 people at a gay nightclub in Florida.

The 31-year-old is charged with aiding and abetting her husband, Omar Mateen, in planning the 2016 attack on the Pulse nightclub in Orlando.

Prosecutors are portraying Salman as helping Mateen scope out possible locations to attack and knowing of his plan when he left the house in the hours before the attack. They also say she lied and tried to mislead FBI agents.

Her attorney says Salman is a simple, caring mother of a 5-year-old with an IQ of 84 and knew nothing about Mateen’s plans.

The widow of the gunman who killed 49 people at the Pulse nightclub in Orlando is going on trial in federal court.

Thirty-one-year-old Noor Salman is charged with aiding and abetting her deceased husband Omar Mateen in planning the 2016 attack on the Pulse nightclub. She faces life in prison if convicted. She has pleaded not guilty.

The first statements in the trial and the first witnesses are scheduled for Wednesday morning.

Prosecutors have said Salman accompanied her husband when he cased locations for potential terrorist attacks, knew ahead of time that he was planning the attack and misled FBI agents about what she knew about her husband’s plans.

The defense plans to argue that Salman was abused by her husband and was afraid of him.