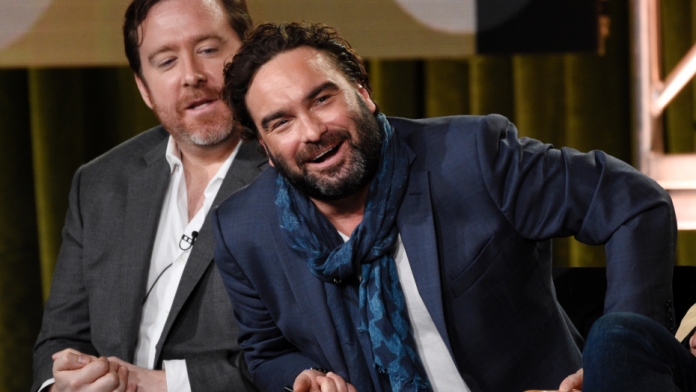 PASADENA, Calif. –  The Latest from the TV Critics meeting in Pasadena, California (all times local):

Showtime programming executive Gary Levine says if David Lynch is willing to tackle another season of “Twin Peaks,” the channel is willing to listen.

But given the “Herculean” effort that Lynch put into reviving the cult drama last year, including directing all 18 episodes, Levine said he’s unsure Lynch wants to do it again.

The original “Twin Peaks,” starring Kyle MacLachlan as a FBI agent investigating a murder in an offbeat town, aired in 1990-91 on ABC. It picked up 25 years later in the lives of the characters in its return on Showtime.

Levine told TV critics Saturday the door at Showtime is always open to Lynch or his fellow “Twin Peaks” creator Mark Frost to discuss the show or any other project they have in mind.

Television viewers will soon get an inside look at what President Donald Trump likes to call the “failing” New York Times.

Showtime announced Saturday that filmmaker Liz Garbus is producing a four-part documentary series on the Times, “The Fourth Estate,” that will debut in May.

Documentary-makers were given access to meetings and discussions at the Times as it shaped coverage of the Trump administration. A clip on Saturday showed the newsroom reacting to Trump’s inaugural address.

Besides giving a view of how the newspaper covers the president, “The Fourth Estate” will also show the Times in a period of transition. In a generational change for the family-controlled business, 37-year-old A.G. Sulzberger has taken over as the Times’ new publisher.

The producers of the new CBS comedy “Living Biblically” say their goal is to appeal to both believers and non-believers.

Inspired by A.J. Jacobs’ book “The Year of Living Biblically,” the series stars Jay R. Ferguson as a modern New Yorker who decides to strictly follow the Bible in his daily life. He’s guided by a priest and a rabbi.

Executive producer Patrick Walsh told TV critics Saturday that the show aims to “loosen up the conversation” about religion in a funny, respectful way.

Among the show’s producers is Johnny Galecki, who stars on “The Big Bang Theory.” Galecki said that presumptions that “The Year of Living Biblically” will be sarcastic about religion are wrong.

The hope is that viewers will find the comedy to be a “cool take” on religion, which is what a lot of people base their lives on, Galecki said.