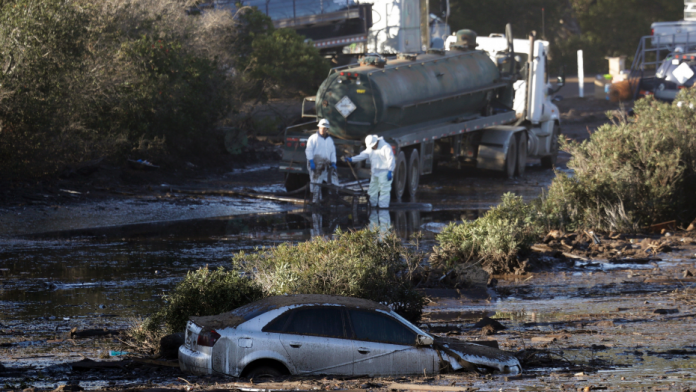 Parishioners prayed for those killed and for families still searching for missing relatives in a Southern California community ravaged by deadly mudslides.

Because most churches in coastal Montecito remain in an evacuation area, many worshippers attended Sunday services in nearby towns. At a church in Santa Barbara, they lit candles and prayed for families who lost loved ones. They said the victims were their friends and neighbors.

In the disaster area, firefighters are going door to door to check the structural stability of homes damaged in the storm.

Recovery crews continue to work around the clock with backhoes and jackhammers to dig away at the masses of mud, boulders and toppled trees.

Authorities say another body has been found at the scene of Southern California’s devastating mudslides, increasing the death toll to 20.

Cooper did not give any additional information, only saying the coroner’s office will identify the body.

The U.S. 101 freeway and many surrounding roads are closed indefinitely as crews continue to clear mud and rocks from the community inundated by flash floods last week.

A candlelight vigil is planned for the victims of devastating mudslides in Southern California.

The vigil organized by Montecito elected officials is scheduled for 5 p.m. at the Santa Barbara County Courthouse Sunken Garden. The event will include an interfaith service. Anyone wanting to attend is invited to bring candles.

The mudslides before dawn Tuesday destroyed at least 65 homes and damaged more than 460 others.