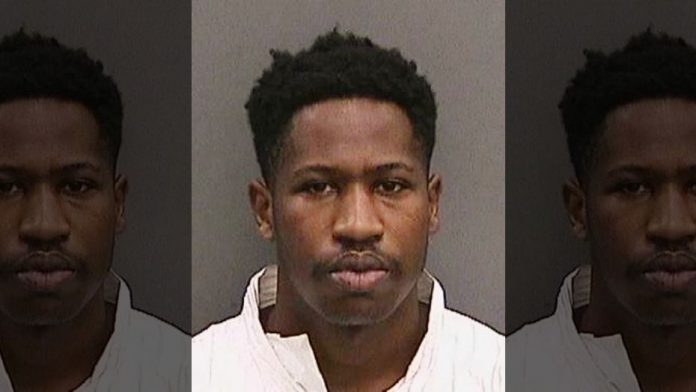 TAMPA, Fla. –  The Latest on fatal shootings in a Tampa neighborhood (all times local):

Co-workers at the McDonald’s restaurant where the 24-year-old suspect in a string of deadly shootings worked say they teased him about his resemblance to the shadowy figure in surveillance video released weeks ago by police.

“I called him the killer to his face,” Gail Rogers told the Tampa Bay Times . “He didn’t like that.”

Howell Emanuel Donaldson III was arrested Tuesday after he left a bag containing a gun with a co-worker.

Tampa police released surveillance footage in October that showed a man wearing a hoodie walking in the Tampa neighborhood where a victim was shot.

Donaldson is expected in court for a first appearance hearing Thursday. He’s charged with four counts of murder.

A 24-year-old college graduate who was arrested in a string of deadly shootings that terrorized a Tampa neighborhood will make his first court appearance to face four counts of first-degree murder.

Howell Emanuel Donaldson is scheduled to be in court in Tampa on Thursday morning.

Tampa police arrested Donaldson on Tuesday after he asked a co-worker at a McDonald’s restaurant to hold a bag carrying a gun. The co-worker looked inside the bag, spotted the weapon and approached an officer who was sitting in the restaurant doing paperwork.

The arrest brought immense relief to an anxious neighborhood that had stopped many outdoor activities since the first shooting death on Oct. 9.