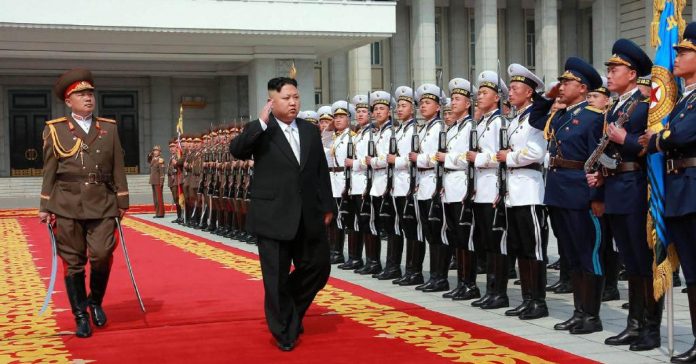 In 2005, multilateral discussions among China, Japan, North Korea, Russia, South Korea and the U.S. — known as the Six-Party Talks — seemed to take a step forward when North Korea pledged to abandon its existing nuclear programs.

North Korea also pledged to return to the Nonproliferation Treaty, which the country said it had decided to leave two years prior — which it had agreed to enter back in the 1980s.

The deal appeared to be a diplomatic win for the U.S. administration of George W. Bush. Then in 2006, Pyongyang launched its first nuclear test.

The Six-Party Talks continued and in 2007, the pariah nation began disabling its Yongbyon nuclear plant.

But that good will didn’t last. By the end of 2008, the regime restarted its nuclear program and barred nuclear inspectors, resulting in the country walking out of negotiations in 2009.