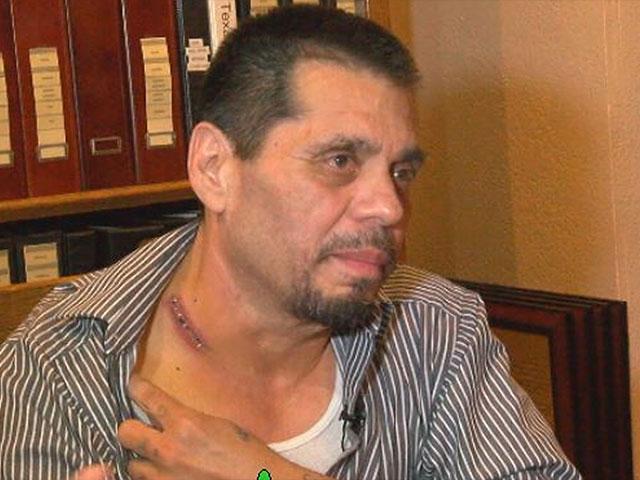 An ex-convict wrestled a firearm away from a gunman during a church service in Amarillo, Texas, saving numerous lives — and then was mistakenly shot by police.

The incident happened on Valentine’s Day, the same day of the shooting at the Marjory Stoneman Douglas High School in Parkland, Florida.

The alleged gunman, identified as 35-year-old Joshua Len Jones, walked out of the service at the Faith City Mission and then returned with a gun. The Amarillo Globe-News reported a quick-thinking security guard warned the crowd of around 100 people to immediately leave the building.  According to witnesses, all of the assembled worshippers began to run.

“Everyone was running, man,” Tony Garces told Amarillo television station KVII. “I turned back. Took my shirt off, getting ready for whatever.”

As several security guards grabbed Jones and pushed him to the floor, Garces grabbed the pistol. By this time, police officers had arrived on the scene, responding to a report of a gunman holding dozens of people hostage.

One officer saw Garces holding the gun and ordered him to throw the gun away.  The officer then fired, striking Garces twice.

“I said ‘Hey, hey I got the gun,'” Garces told the station. “‘I took the gun away from him.’ They (the police) said throw it down. I wasn’t going to throw it down because it could have fired. It had bullets in it, you know. I didn’t want anyone else getting hurt.”

“Then pop, pop they shot me,” he recalled.  “I went down, then a puddle of blood. I thought I was a goner.”

Garces said he was attempting to turn his life around after serving four years in prison. He was at the mission that morning attending drug rehabilitation classes.

When asked if he would do it again, Garces replied, “In a heartbeat.”

The ex-con explained that in helping disarm the suspect, he had proved to himself that he had indeed changed the course of his life.

Now he faces other challenges as a result of the shooting.

“For doing the right thing, he now has got a huge medical bill, probably a lot of long-term physical problems and it needs to be taken care of,” said Jeff Blackburn, Garces’ attorney. “The only reason he’s got those problems is because they shot him.”

“I got the gun,” Garces told the station. “I thought it was over. but they the cops shot me. The good guys shot me.”

Meanwhile, Jones has been charged with six counts of aggravated kidnapping.  His bail has been set at $1.2 million.