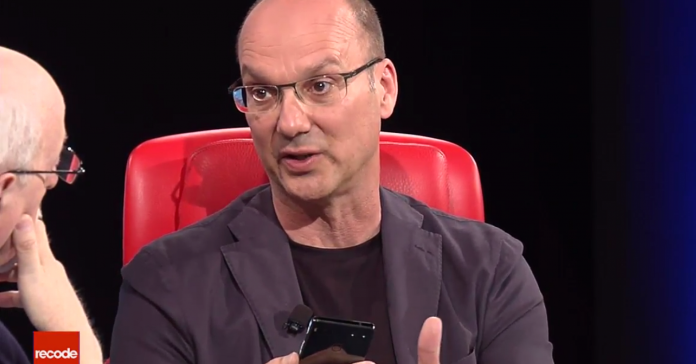 Rubin said he’s willing to support all available standards and, thanks to available developer tools, his engineers can tap into those systems. He even thinks that he’ll be able to woo companies like Apple, which typically don’t let third-parties tap into its historically locked-down software.

“There’s a trick. All these companies who have ecosystem envy and want to develop an ecosystem,” Rubin said.

“Consumers don’t want just Samsung things in their house. They want diversity. Consumers need choice.” With Rubin’s system, consumers could theoretically buy smart gadgets from a variety of brands and everything will just work together.

Of course, there’s always the chance Apple says no. Recode’s Walt Mossberg asked what Rubin would do in that case.

“I’m gonna try. I have to lead the way. Consumers don’t just want a single product in the living room. Everyone who is doing that strategy is going to fail. I’m creating a strategy that’s going to suit consumers needs.”