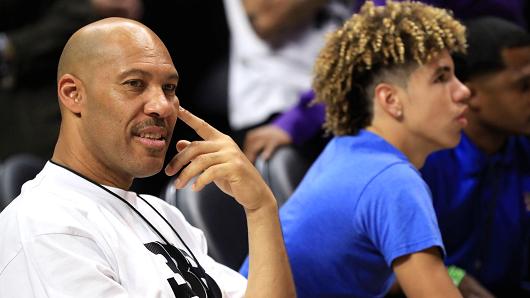 Lavar Ball and LaMelo Ball look on from the audience during week eight of the BIG3 three on three basketball league at Staples Center on August 13, 2017 in Los Angeles, California.

Basketball’s current most famous family, the Balls, are headed to Facebook.

The first two episodes of the series will debut on Thursday on Facebook Watch, with subsequent episodes posted every Sunday starting on Sept. 10.