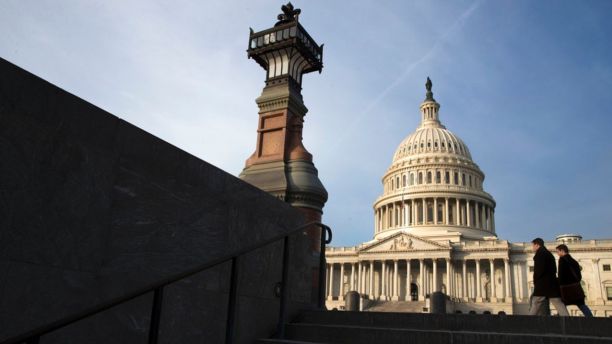 The sequel rarely bests the original.

The same goes for the 2013 government shutdown compared with the one other the other day.

The shutdown five years ago was operatic drama. It featured Sen. Ted Cruz, R-Texas, reading “Green Eggs and Ham” on the Senate floor. Then-Rep. Randy Neugebauer, R-Texas, angrily confronting U.S. Park Police blocking veterans from entering the closed World War II Memorial. A wild, high-speed chase that originated at the White House ending with U.S. Capitol Police shooting and killing a motorist with a baby in the backseat by the Hart Senate Office Building. A House stenographer seizing a microphone on the dais during the vote to re-open the government and delivering a bizarre rant about God, Satan, the Constitution and Freemasons.

This year’s shutdown wasn’t exactly “The Empire Strikes Back” as an encore to Star Wars.

With the government shutdown franchise, 2018 checked in around “The Phantom Menace.”

To quote the Office of Personnel Management, 2018 was a mere “lapse in appropriations.”

The government hurtled toward the shutdown last Friday at 11:59 p.m. ET. The U.S. Capitol usually pulses with activity amid crises and big votes. Nervous ides scurry through the marble corridors. Phones ring off the hook. Tense lawmakers caucus in small groups in Statuary Hall and in the Senate Reception Room. A mood of dread cloaks the building.

Yet Friday, the Capitol was eerily quiet. There was a paucity of information as to what came next. Senate Minority Leader Chuck Schumer, D-N.Y., headed to the White House for one-on-one negotiations with President Trump.

“I’m so glad Chuck Schumer is the one who’s over there,” said House Minority Leader Nancy Pelosi, D-N.Y., showing her disdain for the president.

But Schumer returned with no accord. 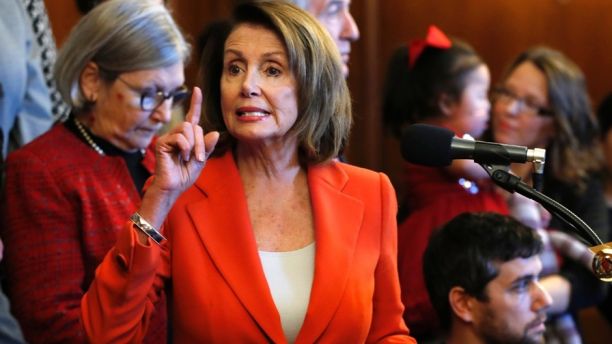 The Senate wouldn’t even vote to avert a shutdown Friday night, failing to crack a filibuster.

“This is a circus without a tent,” mused Sen. John Kennedy, R-La.

“First prize in a government shutdown is you get to be dumb, not dumber,” declared Sen. Lindsey Graham, R-S.C.

The 2018 government shutdown may be a flop. But the flick boasted some interesting scenes.

Republicans embossed the image of Chuck Schumer on a poster and hauled it to the House chamber.

Rep. Ed Perlmutter, D-Colo., challenged whether House Rules Committee Chairman Pete Sessions, R-Texas, violated House policy when he characterized the government closure as the “Schumer shutdown” during a floor speech. House rules bar members from speaking ill of one another. After a brief conference Perlmutter rescinded his reservations. But a few moments later, Perlmutter flagged a poster brought to the floor by Rep. Bradley Byrne, R-Ala.

“A [government shutdown] is the politics of idiocy, of confrontation, of paralysis,” read the placard, quoting Schumer from 2013. GOPers pasted Schumer’s mug next to the quote.

Perlmutter insisted the poster was “disparaging to a member of the Senate.”

Rep. Steve Womack, R-Ark., presided at the time. He stopped all floor action and demanded that staff haul the poster “to the chair for his observation.” After a brief inspection, Womack ruled the poster met House decorum standards.

Moments later, Rep. John Lewis, D-Ga., flagged Byrne again for remarks about Pelosi. After yet another consultation, Lewis stood down.

From the chair, Womack finally granted Byrne the right to continue speaking – even though the remaining time dwindled to 40 seconds. Floor staff returned the poster. A cheer erupted from the Republican side of the aisle.

“I finally yield back,” grumbled Byrne concluding his spasmodic speech.

The poster truculence revealed just how far comity devolved in the House.

Shutting down the government in the overnight hours of Saturday is one thing. But it’s a different matter to do so on a workday. So lawmakers scrambled to find a deal before most of the federal workforce reported for duty Monday morning. As one GOP source said, a government shutdown over the weekend is like playing with the house’s money in a casino. But things get real come Monday morning.

McConnell hoped to hold a new procedural vote late Sunday night. Schumer would meet McConnell on the floor to nix the plan for the time being. But McConnell could get to Schumer, another lawmaker unexpectedly materialized in the Senate chamber: House Freedom Caucus Chairman Rep. Mark Meadows, R-N.C. Meadows intercepted the Kentucky Republican as he walked to the leader’s desk. It’s not unheard of for House members to show up in the Senate chamber. But Meadows’s timing was odd, considering the circumstances.

If the government is open on Feb. 8, McConnell is willing to consider an immigration measure on the floor. But Meadows is concerned about what kind of immigration plan the Senate may debate. Naturally, House conservatives worry about something which veers toward the center. But the Senate risks never finishing such bill if the plan lurches to the right.

Despite its moments of intrigue, the 2018 shutdown simply didn’t deliver the same panache as the 2013 shutdown.

The dialogue was wooden. The cinematography was choppy. The score stunk.

Who’s to blame for the government shutdown?