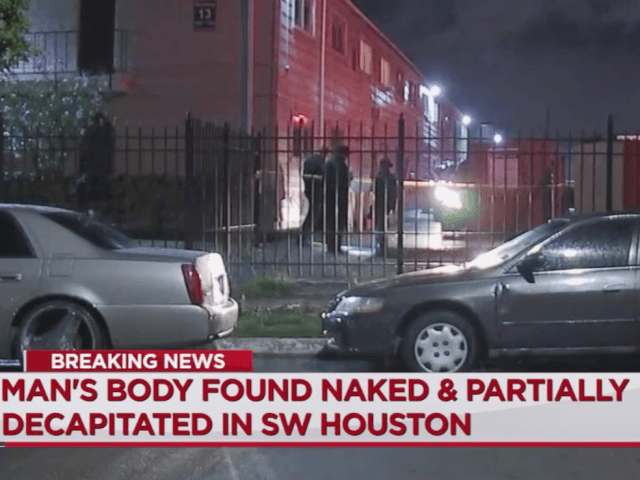 Officers with the Houston Police Department responded to an emergency call at the Santa Clara Apartments on the city’s southwest side, an area known for drug activity and gang violence. When officers arrived, they discovered the nude body of a man who had been partially decapitated, KTRK ABC13 reported.

Police investigators told the local ABC affiliate the victim is a male, approximately 30-years-old. They believe the man was inside his car when the attack began.

Police are searching for clues as to the attacker and any motivation for the assault around the victim’s car, investigators said. Detectives found blood inside the car. Police towed the vehicle to search for additional evidence.

UPDATE: HPD says victim was naked when someone stabbed him to death. @KPRC2 pic.twitter.com/WxjCWAGDkS

Officials said the victim suffered multiple stab wounds and the head was partially severed. They are not certain what type of weapon the attackers used, but said it was an “edged weapon.”

No motive for the attack as been revealed in this developing case. Police officials told KTRK they hope video surveillance from the apartment complex will provide additional information.