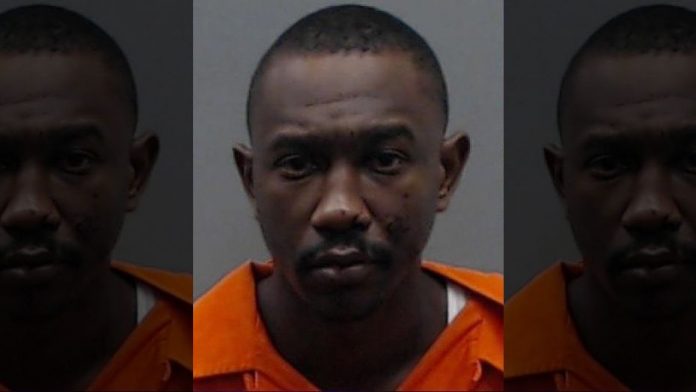 A manhunt is underway in Texas for Darbrett Black, who is alleged to have shot and killed a DPS trooper on Thursday.

A manhunt is underway in Texas after a trooper with the Department of Public Safety was shot and killed on a highway near the city of Fairfield on Thursday.

Officials in Limestone and Freestone counties are conducting a massive search for the suspect, Darbrett Black, who fled the scene of the shooting in a grey Chevy Malibu, with Texas plates JDN4273. Officials said he’s a black male, 5’ 11”, 175 lbs, according to Fox4News.com.

According to police scanner traffic, two women may have also been in the suspect’s vehicle when the shooting happened, says a report on KBTX.com.

It was not immediately clear what sparked the shooting of the unidentified DPS Trooper.

Online jail records show that Black was last booked into the Smith County jail in Tyler on September 7, 2017 on charges of evading arrest, aggravated assault of a public servant and reckless driving, according to KBTX.

Texas Attorney General Ken Paxton has released a statement that says: “I am saddened to hear of the tragic death of a Texas Department of Public Safety trooper killed today in Freestone County. This trooper died selflessly serving Texas.”

Thursday’s shooting marked the second in the line duty death for the Texas DPS.

Senior Trooper Thomas Nipper, 62, was conducting a traffic stop on the southbound shoulder of I-35 in Temple at approximately 3:05 p.m. on Saturday, November 4 when his patrol unit was struck from behind by a Chevrolet pickup, according to Fox 7 Austin.