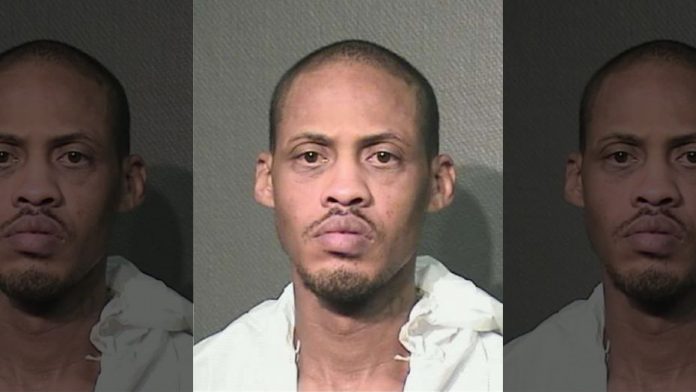 Kenneth Wayne Lockings, Jr. is accused of decapitating his girlfriend with a samurai sword.

A Texas man was charged with murder after “nearly” decapitating his girlfriend with a samurai sword he received as a gift, authorities said Thursday.

Police responded to a call Wednesday about a “cutting in progress” at a Houston apartment and found Aracely Jernigan, 36, dead on the living room floor, according to the Houston Chronicle.

Family members found Kenneth Wayne Lockings, Jr., 45, at the scene before police arrived and helped him turn himself in, the Chronicle reported, citing court documents.

A woman identified as Lockings’ grandmother told the Chronicle that her grandson had been at her home for coffee earlier that day and that Jernigan had recently returned to Houston from Mexico where she had been living with her family.

Neighbors told the newspaper that Lockings was known to have mental issues.

“He’s really messed up in the head,” Marie Carrier, one of his neighbors, told the newspaper.

Lockings is due in court Wednesday and is being held in Harris County Jail without bail.