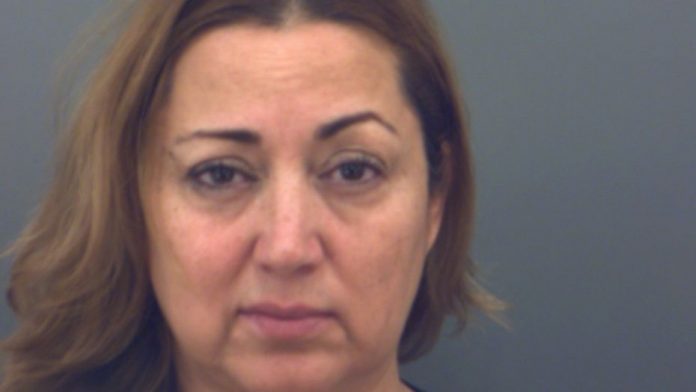 Olga Najera was arrested Monday, accused of slapping a student.

The El Paso Police Department said Olga S. Najera, 52, was taken into custody and booked into the county jail under a $15,000 bond.

Najera was previously arrested in August for a separate investigation of an incident that allegedly happened in August 2016, KFOX14 reported.

In the August 2016 incident, Najera allegedly pinched a child younger than 14 on the arm, and scratched the child around the hands, according to court documents obtained by the television station.

The 52-year-old also allegedly slapped another child in the face, stepped on the child’s foot and kicked the child, the documents said.

Najera was originally placed on administrative leave in March due to reports of inappropriate behavior, but there were no findings to prove the allegations and the teacher was transferred to another school, the school district said.

The teacher was cleared through a school district probe and returned to work, but the case was turned over for a police investigation, the El Paso Times reported.

“Olga Najera has worked as a bilingual educator of very young children for over ten years in the Socorro Independent School District. She has an excellent reputation with students, parents and fellow teachers. The accusations made against her are absolutely false,” Stillinger said. “The allegations have been investigated and were found to be without any merit.”

She added: “Unfortunately, it is very easy to manipulate or misunderstand what very young children say. Our children’s safety and education are of utmost importance, but it is also law enforcement’s responsibility to do thorough investigation, before bringing charges. That was not done here. These false accusations have been devastating to Ms. Najera and her reputation. We are looking for forward to clearing Ms. Najera’s name and getting her back in the classroom.”