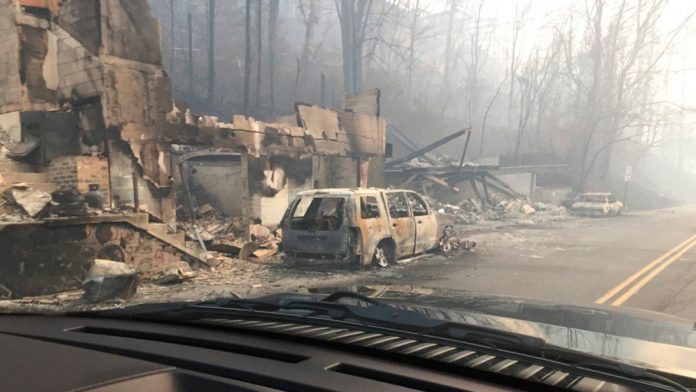 Two juveniles are no longer charged with starting the Tennessee wildfires that killed 14 people in November, including two Canadians.

In a statement Friday, District Attorney General Jimmy Dunn said prosecutors can’t prove the two teenagers were responsible, because there were other factors contributing to the fire’s seriousness, such as 130-kph winds and downed power lines that ignited flames.

In December, Dunn announced charges of aggravated arson against the juveniles in connection with the deadly blaze.

Canadians John and Marilyn Tegler, originally from Woodstock, Ont., were among those killed, in Gatlinburg.

Dunn said the youths were initially charged with causing a fire in the Chimney Tops area of Great Smoky Mountains National Park that blew into Gatlinburg, ravaging the vacation town.

Defence attorney Gregory Isaacs said Friday that the evidence showed the juveniles didn’t cause the death and devastation.

The Tennessean newspaper reported the teens were 15 and 17.