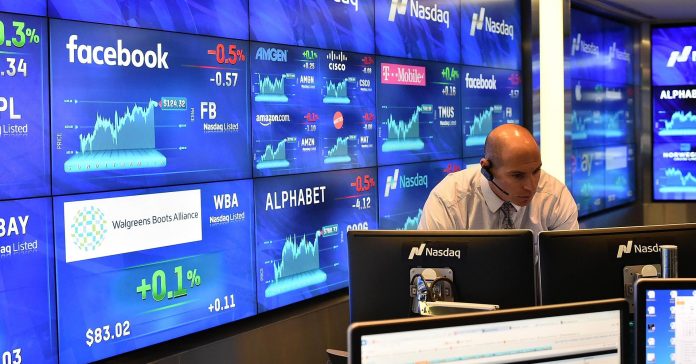 Tech is up 8.4 percent in 2018 and has skyrocketed 35.7 percent over the past year, leaving all other sectors in the dust. Some of the best-performing stocks in the sector over the past year include Nvidia and Micron, both of which are up more than 100 percent in that period.

The sector’s high weighting may bring up unpleasant memories from when the dot-com bubble burst in the early 2000s, but Bespoke noted valuations for the sector are much lower now than they were back then.

Bespoke also noted that tech’s latest move higher in weighting “has been much more slow and steady” than in the early 2000s.