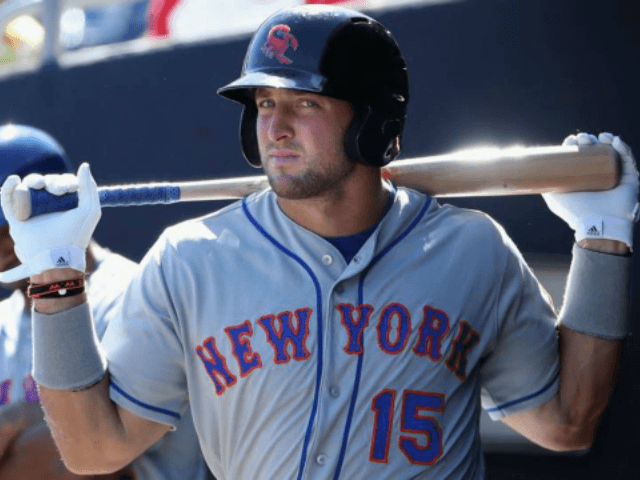 Mets General Manager Sandy Alderson recently said that he believes Tim Tebow will play in the big leagues one day. However, after watching Tebow’s stint in Grapefruit League action this spring, Alderson might want to reevaluate his feelings on the matter.

The Mets announced on Tuesday, that they were cutting Tebow from their MLB camp.

“(I’ll) just continue to work in all the areas we’ve been working and making progress,” Tebow explained to reporters after hearing the news. “So that’s really the focus. Just continue the process and the journey and keep working.”

Tebow also said the sprained ankle he suffered early in camp, held him back.

The former Heisman Trophy winner and NFL quarterback, after he went 1-18, hitting a woeful 0.56, and striking out in 11 of 19 plate appearances, during Grapefruit League play. The failure to impress at MLB Camp is a definite blow to Tebow’s chances of making it to MLB, especially given that the slugger is now 30 years old.

However, the former Gator could very well get another opportunity. Should Tebow show enough improvement at minor league camp, the Mets could decide to give him another shot.