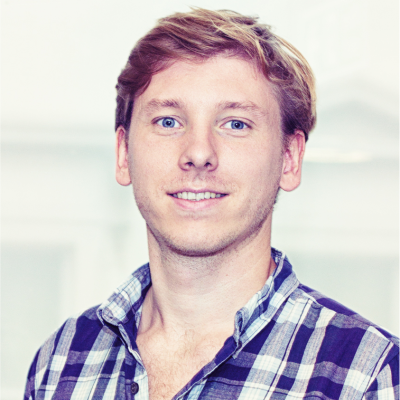 Tandem, the U.K. challenger bank co-founded by fintech veteran Ricky Knox, continues to be on a shopping spree. Following the purchase of Harrods Bank, the banking arm of the famous luxury British department store, the company is acquiring Pariti, a money management app that has garnered 95,000 users.

Terms of the deal remain undisclosed, although I’m told that Pariti CEO Matthew Ford and CTO Peter Townsend are joining Tandem . They’ll be brining their account aggregation expertise to the Tandem app team, so in that sense there’s more than a whiff of acqui-hire to this acquisition. Pariti’s investors include Index Ventures, and JamJar Investments.

Founded in 2014 by Ford, who was previously head of acquisitions for OnTrees, a personal finance app that exited to MoneySuperMarket, Pariti was billed as a mobile app that plugged into your existing bank accounts to help you keep an eye on your spending.

This included tracking how much you are paying out servicing existing debt, such as overdrafts or credit cards, and suggesting changes you could make to pay off that debt more quickly. In a bid to offer fairer rates of credit, Pariti also had integrations with lending fintechs Zopa and Lendable.

However, in a call this morning, Ford explained that Pariti had always intended on developing additional smart financial products of its own, not simply partnering with best-in-class third party providers, in order to help consumers save and avoid paying too much for their debt.

The thinking goes that a financial control centre powered by account aggregation provides access to a lot of valuable data, and that some of that value can be captured and returned to customers in the form of more bespoke and innovative products that better match their lifestyle, spending habits and credit profile. But to do this is in the most meaningful and ambitious way, you need to have greater control over the design and delivery of those products.

In other words, depending on product category, third-party integration (or, dare I say, marketplace banking) can only get you so far. And that’s where Tandem’s acquisition of Pariti comes into focus.

The challenger bank has a full banking license (meaning that it can do balance sheet lending), offers its own account aggregation app, and recently launched its first bespoke financial product in the form of a travel-friendly and generous cash-back credit card.

Although coming from two different regulatory angles — Pariti didn’t have a banking license and Ford once told me he had no intention of doing balance sheet lending — the two companies were on a similar mission, so the acquisition genuinely looks like a good fit.

It’s also fun to see the Pariti duo join forces with a bonafide challenger bank. The startup had partnered with HSBC to power the incumbent bank’s ‘SmartSave’ app, which helped customers to automatically save their spare change into their HSBC savings account. However, despite a reportedly successful trial of the app, the partnership with HSBC didn’t proceed any further.