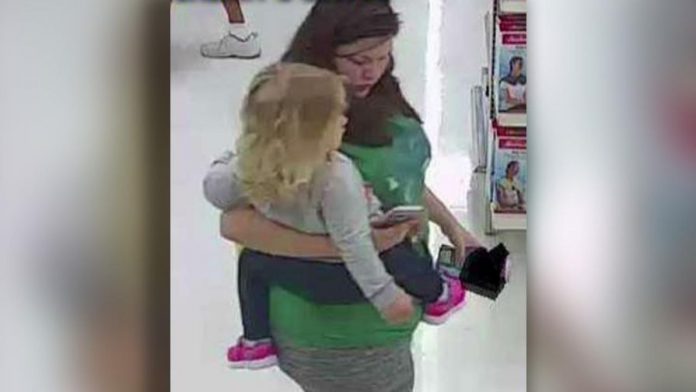 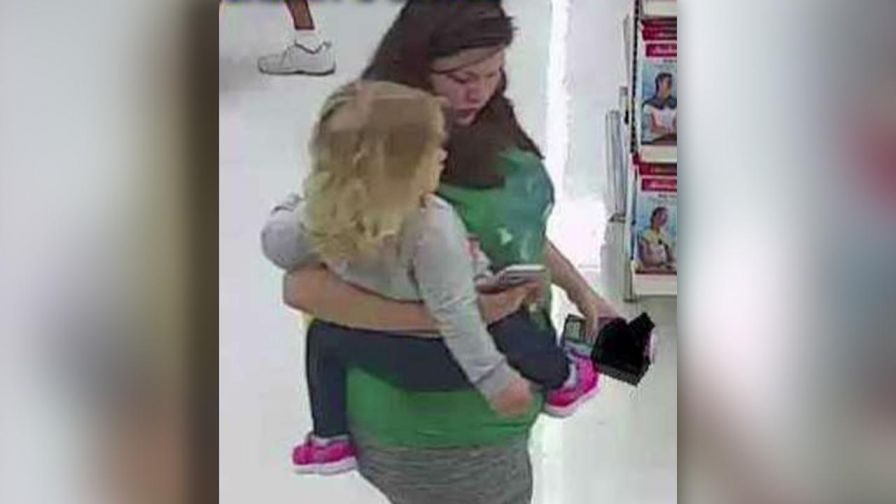 The FBI said Wednesday that a 3-year-old girl missing since Sunday is not the child seen in surveillance photos taken at a North Carolina Walmart.

The FBI had released three photos earlier Wednesday of a blonde girl being held by a woman with dark hair at a Walmart in Morehead City, N.C. The bureau later clarified in a news release that the woman and child in the photos have nothing to do with the case of missing Mariah Woods.

Mariah vanished from her home near Jacksonville, N.C. on Sunday. Her mother, Kristy Woods, believed her daughter was abducted from their home after 11 p.m. The mother said the last time she checked on her sleeping daughter was around 11 p.m. Sunday, but her live-in boyfriend also checked on the toddler around midnight. The next day, around 6 a.m., the child was missing.

A statewide Amber Alert has been issued for Mariah. The FBI joined the searched Tuesday along with crime scene investigators, deputies, firefighters and military police.

Onslow County Sheriff Hans J. Miller told Fox News there appeared to be no sign of a break-in or unlawful entry at Woods’ home. Miller said at the time of the toddler’s disappearance, there were four people inside the home, including Woods, her boyfriend, and Woods’ two other children, both boys aged 10 and 5. 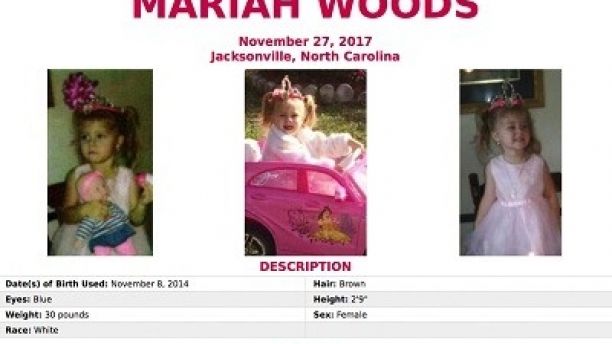 “This is my world, this is my angel,” Woods said. “She was sent to me for a reason. This is my everything, besides my boys, the love that I have for this girl.”

The girl’s biological father, Alex Woods, who does not live with the child or her mother, has questioned the kidnapping story.

DESPERATE NC MOM, FBI, SEARCH FOR DAUGHTER, 3, WHO VANISHED AFTER BEING PUT TO BED

Alex Woods, who said he has been involved in custody issues with Kristy Woods, said her explanation of what happened is unbelievable.

“Someone just walked right up in there, grabbed the 3-year-old out of the bed and she didn’t cry, she didn’t scream?” Woods told WCTI-TV Tuesday. “Nobody heard anything? Four people in the house, two adults and two kids someone just comes up and snatches the baby and walks out?”

Law enforcement have urged anyone to come forward with any information on Mariah, who is about 2 feet and 9 inches tall and weighs 30 pounds.