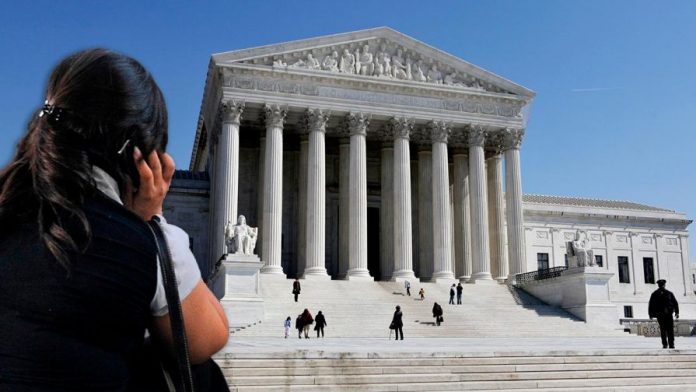 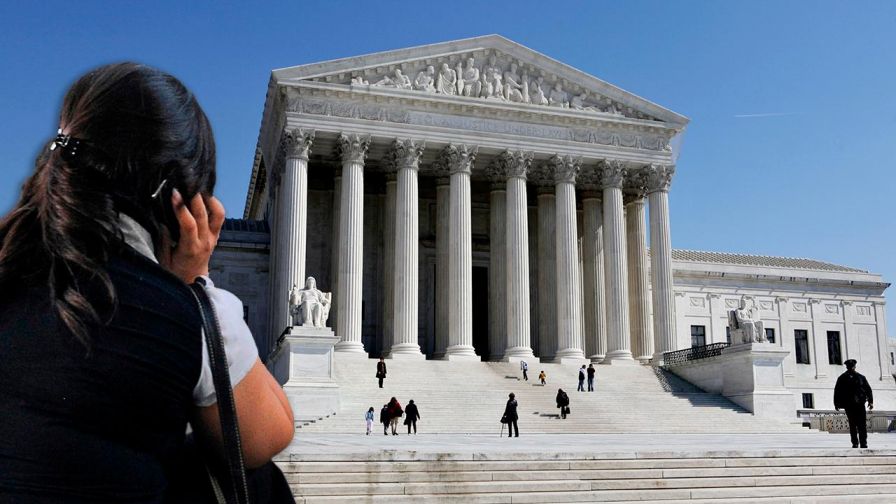 Supreme Court to rule on searches of cell phone locations

High court to consider whether the history of cell phone locations stored by a phone service provider is searchable without a warrant; analysis from former federal prosecutor Fred Tecce and Richard St. Paul, former prosecutor and criminal defense attorney.

A digital age dispute over the privacy rights of cellphone customers left the Supreme Court on Wednesday seriously considering whether to curb law enforcement’s ability to track their movements.

At issue during 80 minutes of oral arguments was whether the Constitution’s Fourth Amendment requires a search warrant for the government to access a person’s cellphone location history. It is the latest foray by the justices into how laws should be tailored to keep up with technological advances.

“Most Americans, I think, still want to avoid Big Brother. They want to avoid the concept that government will be able to see and locate you anywhere you are at any point in time,” said Justice Sonia Sotomayor. “This is no different than a telephone company having access to your telephone conversations.”

“It seems to me there’s a much more normal expectation that businesses have your cellphone data,” and could give it to the government in certain cases, said Justice Anthony Kennedy.

“I think everybody, almost everybody, knows that. If I know it, everybody does,” the 81-year-old justice said, drawing laughter in the courtroom.

The stakes are enormous, since any precedent could be applied more broadly, including to Internet, bank, credit card and telephone records.

Civil rights and privacy advocates argue current rules open the doors to government abuse regarding a citizen’s everyday activities in public and private spaces. An estimated 300,000 communications towers across the U.S. allow pinpoint accuracy as to where cellphones and those using them have been.

But the U.S. Justice Department, supported by a number of states, says if consumers knowingly give their data to third parties — including cellphone providers — their privacy rights are diminished. That would permit police to request the transmission data without a warrant.

The hearing Wednesday stemmed from a challenge brought by Timothy Carpenter, who was arrested for being part of a store robbery gang in Michigan and Ohio. He and a co-conspirator were convicted in part after police obtained archived cellphone records showing him near the scene of the crimes. Nearly 13,000 so-called “location points” from six months of Carpenter’s movements were obtained without warrant.

His 116-year prison term was upheld by a federal appeals court. He wants the digital evidence dismissed, and his conviction overturned.

The government argues that under a 1986 congressional law known as the Stored Communications Act, it does not need “probable cause” to obtain archived customer records kept by the phone companies for business purposes.

During the public session, justices of both ideological stripes asked tough questions of both sides.

When ACLU attorney Nathan Wessler said a rule requiring a warrant for cellphone records beyond 24 hours was reasonable, several on the bench were concerned.

“You said 24 hours roughly. So, if there were only one robbery, we could get that information, but now there are how many, eight [robberies]?” asked Justice Ruth Bader Ginsburg. “So we can’t get it for eight, but we can get it for the one?”

“Why is that less intrusive? The whole question is whether the information is accessible to the government,” said Chief Justice John Roberts. “Yes, the technology affects every aspect of life. That doesn’t mean that the warrant has to.”

“This is an open box. We know not where we go,” added Justice Stephen Breyer, speaking to the tough constitutional choices that have to be made. “The electronic information is infallible. You can follow them forever. That’s a big change” from prior pre-digital search and seizure cases, he said.

The high court has been grappling with the so-called “third party” doctrine since 1976, when it ruled bank records obtained without a warrant could be used to prosecute a Georgia moonshiner. The justices extended it three years later to include phone numbers used by a robbery suspect, though not the actual conversations themselves.

But in 2012, the Supreme Court unanimously said police could not attach a GPS device on the car of a suspected drug dealer to track his movements. Two years later, the justices separately and unanimously ruled police need a warrant to search a cellphone that is seized during an arrest.

But unlike those cases, in the Carpenter appeal there is no “physical intrusion” of the device, raising questions whether one’s privacy is in fact being violated.