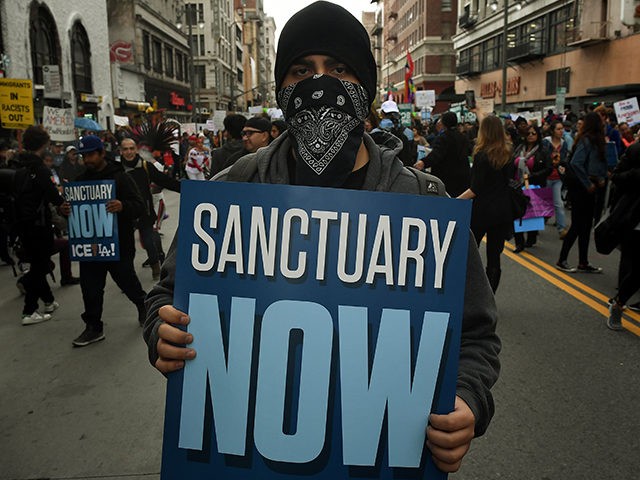 A lawyer for a student group that interrupted an event at Northwestern featuring an ICE official is “outraged” that the students may be disciplined by the university.

“This is a classic example of students responding to a situation that they feel very threatened by, very much traumatized and in pain over, because a space that they considered a safe place and a supportive environment for their education was threatened by the presence of an institution, a governmental agency, that has caused so much harm and so many atrocities against their families and their communities,” Nguyen Ho said.

The students disrupted a sociology class in which an official from ICE (Immigration and Customs Enforcement) was present. They claimed that the presence of the ICE official on campus could be “dangerous and hurtful for undocumented people,” before storming the classroom.

According to the Daily Northwestern, the students walked into the classroom and demanded that the professor explain why she invited the ICE officer to campus.

Students then walked into the classroom but did not sit down, instead holding up banners and asking Redbird why she invited the ICE representative and if she had considered the possible effect the visit may have on undocumented students or students who know someone who has been detained by the federal agency.

A student columnist for the Daily Northwestern claims that the current practices of social justice warriors on campus are productive, arguing that their protest efforts are helping build them into future political leaders. The columnist, Matt Fulle, also suggests that free speech is less important than students being able to stand up against political injustice.

Fortunately, our current political climate is the perfect time to make this shift. Imagine if the student protesters of the ’60s and ’70s had been empowered by their institutions instead of being demonized in the news and popular culture. Today, some call us snowflakes. But imagine if our generation — the most highly educated and diverse generation in American history — left its campuses with the practical skills to mobilize and overcome political barriers.