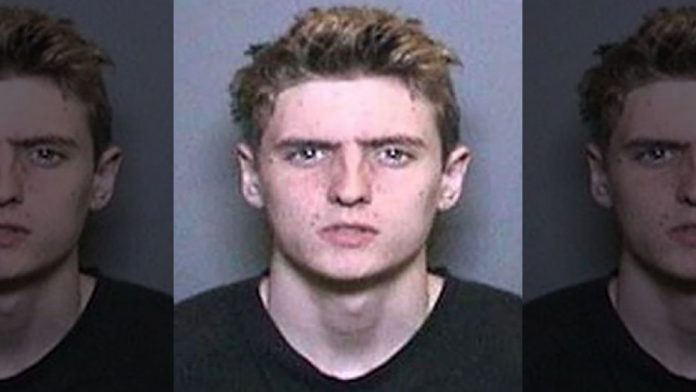 Robert McDougal has been charged with vandalizing two vehicles and violating a protective order to stay away from Orange Coast College in California.

A former student of a Southern California college, who’s facing felony charges for allegedly carving swastikas and racial slurs into the hoods of two campus security vehicles, is now suing the college, claiming it discriminated against him because of a mental disability.

The Orange Coast College student, identified as Robert McDougal, 22, allegedly vandalized the vehicles after being suspended by the college for two years for causing a disturbance in a classroom and shouting a racial slur at a security guard, the Orange County Register reported.

The college has filed a workplace-violence restraining order against McDougal, alleging that his encounters with faculty and security personnel have been “erratic and aggressive,” the newspaper reported.

McDougal’s lawsuit contends that he has been diagnosed with autism and had been “excelling academically,” the Los Angeles Times reported.

The lawsuit claims that the college harassed the student and discriminated against him because of his disabilities – and caused “irreparable” harm to his “image and reputation,” the Times reported.

The problems stem from an incident in which McDougal was manhandled by security guards when he tried to rush to a class to re-take an exam, the lawsuit alleges.

Names as defendants in the lawsuit are Orange Coast College, the Coast Community College District and several college employees, the report said.