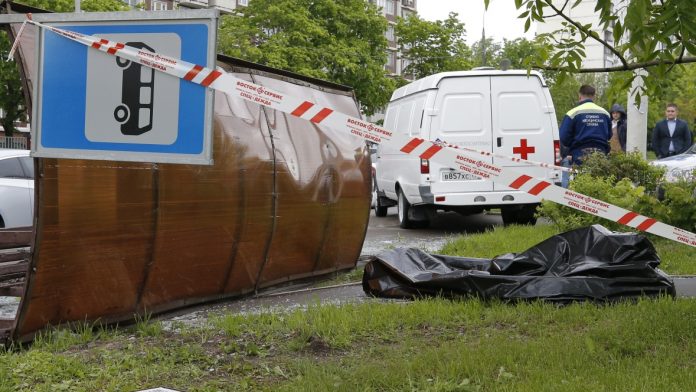 The city’s health department said about 50 others, including children, were injured.

Yulia Ivanova, a spokeswoman for Moscow’s branch of the Investigative Committee, had earlier reported six deaths, including five people killed Monday by falling trees and one person who died after being hit by bus stop debris torn off by high winds.

Russian media say scores of people have also been injured around Moscow.

Moscow Mayor Sergei Sobyanin said the storm has destroyed hundreds of trees in the Russian capital. The winds also disrupted train service and delayed dozens of flights at Moscow’s airports.

A top emergency official also said that 60,000 people in Russia’s Stavropol region are being evacuated due to the threat of flooding.