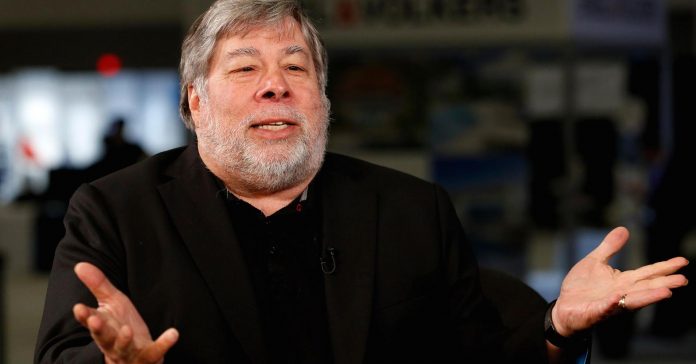 Apple co-founder Steve Wozniak had some bitcoins stolen from him, The Economic Times in India reported Monday.

“I had seven bitcoins stolen from me through fraud,” Wozniak said at the Times’ Global Business Summit. “Somebody bought them from me online through a credit card and they cancelled the credit card payment. It was that easy. And it was from a stolen credit card number so you can never get it back.”

Bitcoin is up several hundred percent from less than $1,000 early last year. It is the first application of blockchain technology, which eliminates the need for a third party such as a bank by creating a near-instant, permanent and secure record of transactions.

The American inventor remains a supporter of the cryptocurrency, which he initially bought at $700 each as an experiment, according to The Times.

“Bitcoins to me was a currency that was not manipulated by the governments. It is mathematical, it is pure, it can’t be altered,” Wozniak said in the report.

Wozniak is estimated to be worth north of $100 million.