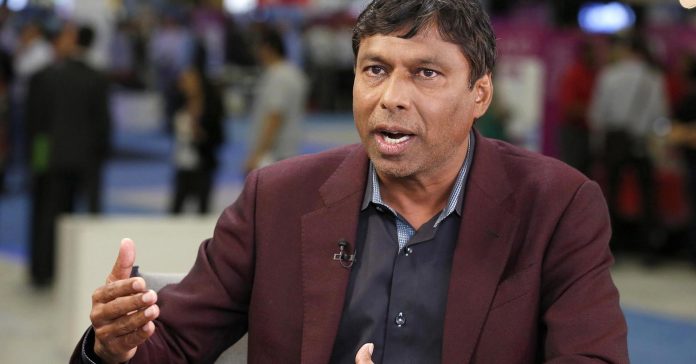 Moon Express, a company planning to mine material on the moon, is “definitely” going to launch its first mission next year, and could have human colonies there within five years, Chairman Naveen Jain told CNBC on Thursday.

In January, the company said that it was targeting a date in late 2017 to send its lander to the moon. But that has been pushed back until 2018.

“It’s definitely going to be next year, we are in the final stretches of it. And as you can imagine it’s rocket science,” Jain told CNBC in a TV interview from the Slush technology conference in Helsinki, Finland.

“We are really looking good and we are still hoping to launch the lander next year. And when we launch and land on the moon, not only (do) we become the first company to do so, we actually symbolically become the fourth superpower. And imagine the entrepreneurs doing things that only the three superpowers have done before.”

Superpowers such as the U.S. and Russia have previously landed on the moon.

Moon Express is the first private company to get U.S. government approval to go to the moon. Landing there would be a historic feat.

The company is competing for the Google Lunar XPRIZE which has a $20 million reward for the first private firm to put a spacecraft on the moon, travel 500 meters, and transmit high definition video and images back to earth. The deadline for doing this is March 2018.

Jain did not give an exact date for the launch and said that getting the prize isn’t necessarily the main priority.

The aim of Moon Express is to mine resources on the moon which can then be sent back to earth and used. Eventually though, Jain said the company is aiming to set up human colonies on the moon and forecast that this could happen in the next five years.

Moon Express has partnered with Rocket Lab. The company makes rockets, and Moon Express is using Rocket Lab’s booster to take its lander to the moon. Rocket Lab is planning a test for its Electron rocket on December 8.