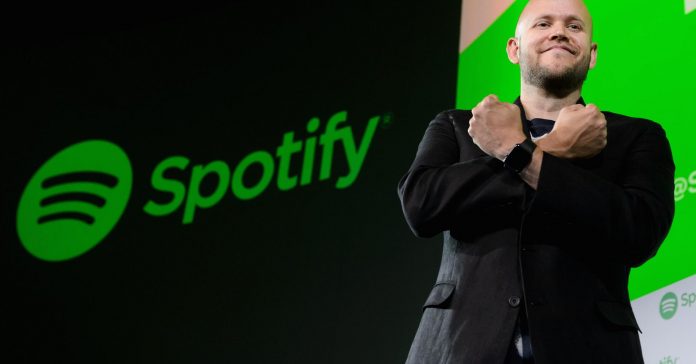 The company will begin trading on the New York Stock Exchange under the ticker name SPOT. According to the company, shares have traded as high as $132.50 on private markets, which would give the company a valuation over $23 billion based on ordinary shares outstanding as of February 22.

Spotify is the leader in streaming music services globally, with the company reporting 71 million paying subscribers and more than 159 million monthly active listeners (MAUs) as of December 2017. It is available in 61 countries and territories. Its closest competitor, Apple Music, is far behind at 36 million subscribers.

Spotify’s initial offering of shares will not be underwritten, meaning there is no set price set by underwriters which will inform opening trades on the New York Stock Exchange. Goldman Sachs is listed as the lead advisor.

Here’s how the company explained the process in its filing:

The company said it would list “as soon as practicable after this registration statement is declared effective.”