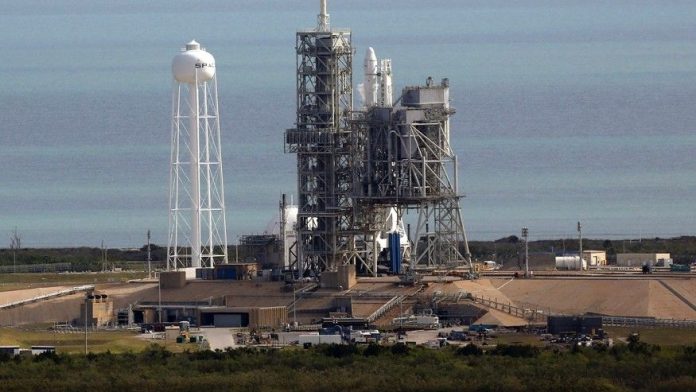 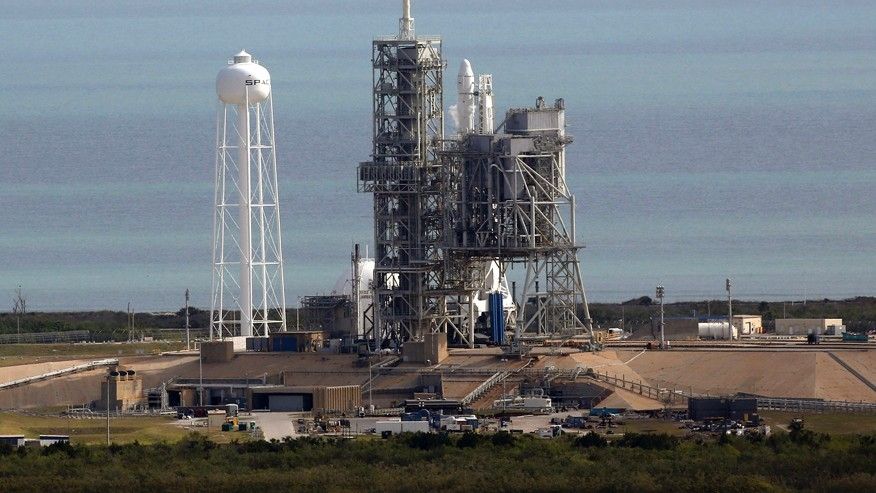 A Space X Falcon9 rocket sits on the launch pad, Saturday, Feb. 18, 2017 at the Kennedy Space Center in Cape Canaveral, Fla Last-minute rocket trouble forced SpaceX on Saturday to delay its inaugural launch from NASA’s historic moon pad. SpaceX halted the countdown with just 13 seconds remaining. The problem with the second-stage thrust control actually cropped up several minutes earlier. With just a single second to get the Falcon rocket airborne, flight controllers could not resolve the issue in time. (Red Huber/Orlando Sentinel via AP)

As dawn broke Sunday over Florida’s Kennedy Space Center, the unmanned Falcon rocket stood at Launch Complex 39A, poised to deliver supplies to the International Space Station. Liftoff is scheduled for 9:39 a.m.

This is the same pad where astronauts flew to the moon nearly a half-century ago, and hasn’t been used since the shuttle program ended in 2011. SpaceX is leasing it from NASA and hopes to begin launching astronauts from there next year.

This is SpaceX’s first launch from Florida since a rocket explosion last September.