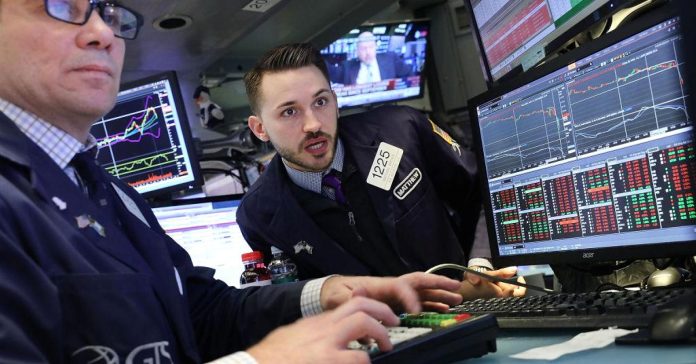 “Traders exhaled a sigh of relief, for combined with last week’s tepid wage growth data, nothing suggests that inflation has gotten to a point that forces the Fed to quicken its step down the path to normalization,” said Jeremy Klein, chief market strategist at FBN Securities.

“Nevertheless, the central bank will likely upgrade its near term outlook for the economy from ‘roughly balanced.'”

But the indexes initial gains were briefly held in check by news that President Donald Trump ousted Secretary of State Rex Tillerson.

The Washington Post first reported that Tillerson was out before Trump confirmed it in a tweet. Trump also said CIA Director Mike Pompeo would take over as secretary of state.

“It’s complete turnover at the White House and right on the precipice of these talks with North Korea,” said Jack Ablin, founding partner of Cresset Wealth. “Replacing him with the CIA director Pompeo, at face value I don’t think it means a ton to investors; it just underscores this turbulence going on inside the White House.”

“I think it’s a near term negative, but something investors will get over pretty quickly,” Ablin said.

Stocks were coming off a mixed session in which the Nasdaq closed at a record while the Dow and S&P 500 fell amid trade-war worries.

Last week, Trump signed two declarations which would implement tariffs on steel and aluminum imports. The tariffs are expected to take effect in the coming weeks and will see a 25 percent charge placed on steel, and 10 percent levy on aluminum — Canada and Mexico however are exempt. Investors remain on edge over concerns that countries around the world may strike back because of the tariffs.

In corporate news, Trump shut down Broadcom’s proposed buyout of Qualcomm, citing concerns based on national security. Both companies have been ordered to abandon this deal immediately. Shares of Qualcomm dropped 4 percent.