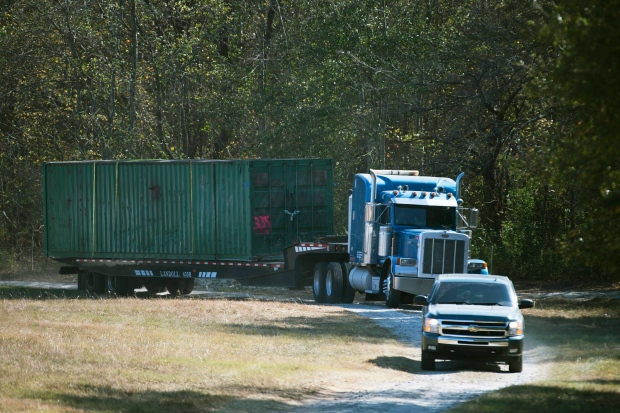 A South Carolina man who admitted killing seven people over nearly 13 years while running a successful real estate business pleaded guilty Friday to seven counts of murder and a number of other charges.

Todd Kohlhepp admitted his role in the deaths of seven people less than seven months after he was arrested when investigators checking on a missing couple rescued a woman chained inside a shipping container on Kohlhepp’s Spartanburg County property.

The woman had been raped and locked inside the container for more than two months after Kohlhepp shot and killed her boyfriend, authorities said. Charles David Carter, 32, was the last of the seven murder victims.

The shipping container that an abducted woman was held in for two months is removed from Kohlhepp’s property in Woodruff, S.C., in November 2016. (Lauren Petracca/The Greenville News via AP)

According to the plea agreement signed by the 44-year-old Kohlhepp, he will serve seven consecutive life terms plus 60 years on kidnapping, sexual assault and other charges. He will not be eligible for parole, and he also agreed not to appeal the sentence.

Killed 4 people in motorcycle store in 2003

Kohlhepp admitted Friday that he killed four workers at Superbike Motorsports motorcycle store in Chesnee in 2003 after the manager made him angry. The victims were the owner, Scott Ponder, 30; Beverly Guy, 52; Brian Lucas, 30; and Chris Sherbert, 26. Guy was Ponder’s mother and worked as a bookkeeper. Lucas was a service manager, and Sherbert was a mechanic at the shop. 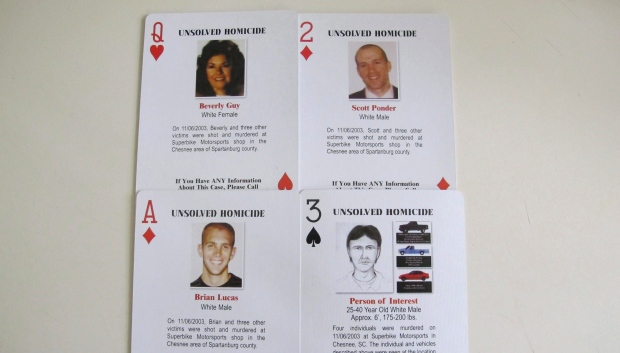 Details of a quadruple homicide are included on playing cards passed out to inmates in South Carolina prisons, in Spartanburg, S.C. The cards were created by Tom Lucas, whose son, Brian, was among four killed inside a motorcycle shop. (Jeffrey Collins/Associated Press)

Kohlhepp also admitted guilt in the deaths of a husband and wife who disappeared in December 2015. The bodies of Johnny Joe Coxie, 29, and Meagan Leigh McCraw-Coxie, 26, were found on Kohlhepp’s land after his arrest. The couple had been hired to do work on Kohlhepp’s property.

Kohlhepp was eligible for the death penalty, but the plea deal took that off the table.

No one has been executed in South Carolina in more than six years because the state lacks the drugs needed for lethal injections. 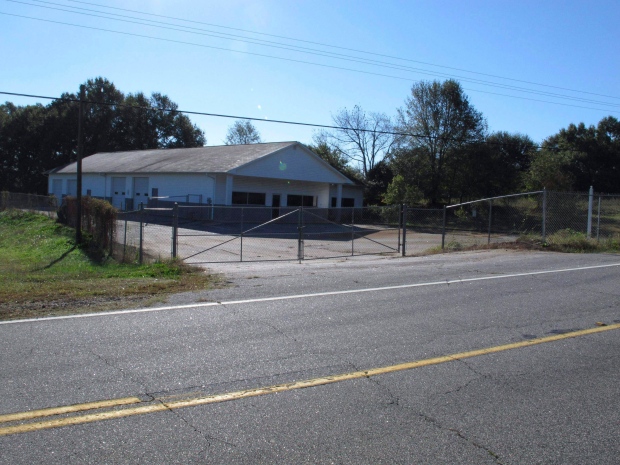 The building that once housed Superbike Motorsports sits empty in Chesnee, S.C., in October 2013. The building has been abandoned since the November 2003 killings. (Jeffrey Collins/Associated Press)

Kohlhepp moved to South Carolina in 2001 shortly after 14 years in prison after pleading guilty to kidnapping in Arizona. Authorities there said the then 15-year-old forced a 14-year-old neighbour back to his home at gunpoint, tied her up and raped her.

Kohlhepp had to register on South Carolina’s sex offender registry, but told people it was a trumped up charge after a girl’s father was angry about a joyride. Kohlhepp also lied about the felony conviction so he could get his real estate licence in the state.

Friends and co-workers at Kohlhepp’s real estate business said he was a hard worker with some strange habits. He would watch pornographic videos during work and joked on his firm’s website that he motivated workers by not feeding them.