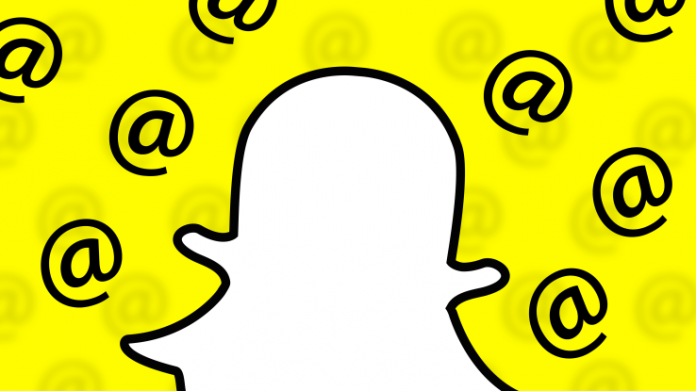 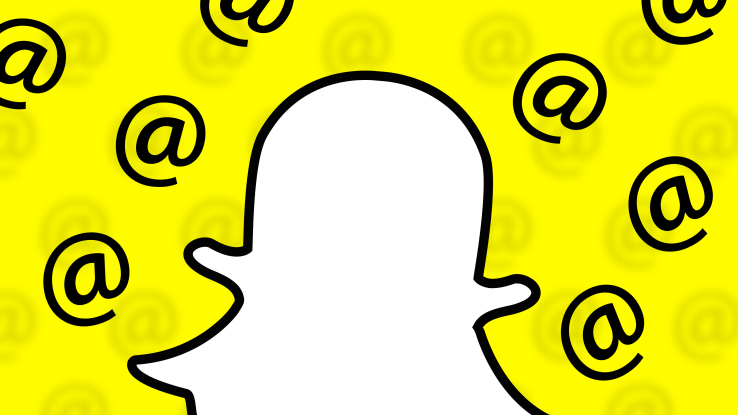 Snapchat now lets you @-tag someone in your Story, creating a swipe up “more” option that shows the tagged person’s name, handle, Bitmoji, and an Add button so you can follow them too. The feature could let friends call each other out in Stories, or promote their favorite influencers by making it easy for people to follow them.

Snapchat now confirms to TechCrunch that “We’re testing this” but refused to give more details. It’s a case of Snapchat copying Instagram back after the Facebook-owned app added @ mentions to Stories back in November 2016, just a few months after Instagram cloned Snapchat’s whole Stories feature. Not all users appear to have access to tagging right now, but it seems like a sensible thing to roll out. 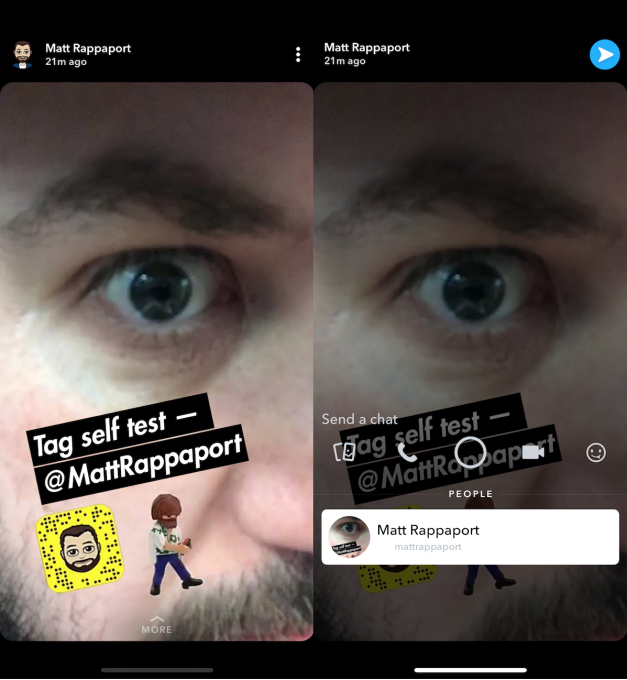 TechCrunch learned of the feature from Matt Rappaport after Dana Glidden spotted it. The news comes just after Cheddar reported Snapchat is laying of 120 employees in its engineering department in what appears to be a cost-cutting move as it attempts to reduce its quarterly losses.

Here’s how Snapchat @ mention tagging works. After you shoot a photo or video with the Snapchat camera, you can add text to it. While there’s no type-ahead drop-down menu like on some social networks, you can “@[someone’s username]” to mention them. When someone views your Snap, they’ll see a “More” option beckoning them to swipe up. This reveals tiles showing people’s profile info and an Add button. The tags don’t appear to trigger notifications for people mentioned, which could help prevent them from being used for spam or bullying, 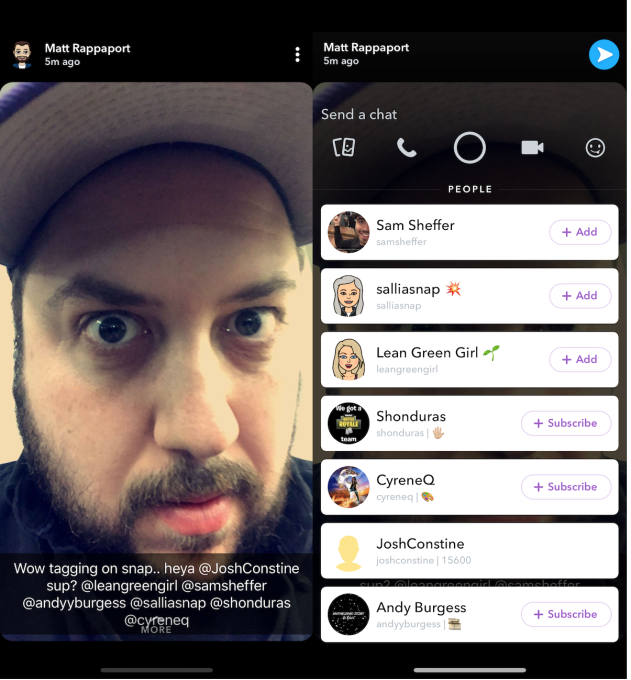 Tagging could help Snapchat better intertwine Stories and messaging, which now live in the same tab after the big redesign. Story tags could spark conversations that lead to the back-and-forth visual communication that Snapchat pioneered. With Instagram having cloned and refined Stories, Snapchat needs to promote its best-in-class ephemeral messaging feature to stay differentiated. And if it can boost viral discovery of influencers, more of them might focus on producing content for Snapchat instead of its competitors like Instagram and YouTube that provide ample ways to grow their audiences.