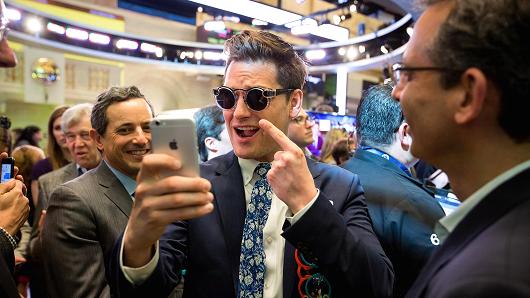 Snap shares rallied about 5 percent on Wednesday, a sign Wall Street may have shrugged off criticism from Snapchat users.

Snapchat has rolled out a redesigned app interface over the past few months to make it easier for new users to learn the ropes. But the redesign was slammed by the company’s core user base, including a highly publicized online petition and a cutting tweet from model Kylie Jenner.

Tweet: sooo does anyone else not open Snapchat anymore? Or is it just me… ugh this is so sad.

Wall Street gave back some love, too. While shares fell more than 7 percent over the past week, they ticked back up on Wednesday.

Snap’s new business strategy does have a silver lining. Advertising intelligence company Media Radar estimated on Wednesday that advertisers are expected to spend $1.7 billion on Snapchat campaigns in 2018.

Some campaigns have already gained traction. Nike released a pair of new Air Jordan sneakers on Snapchat earlier this month — and the shoes sold out in 23 minutes, according to TechCrunch.