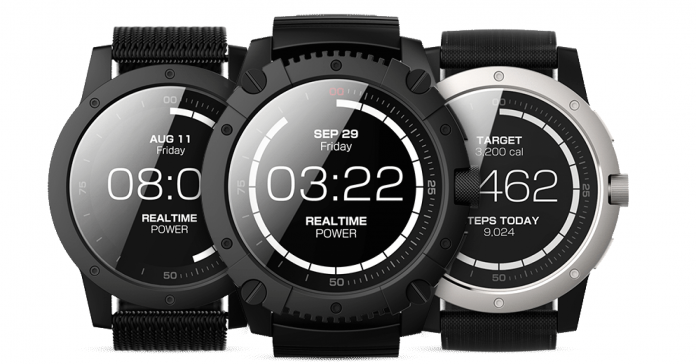 In the brutally competitive market for smartwatches, battery life is a consistent problem.

A pair of chemists from the California Institute of Technology might have the answer. They’ve just secured new funding to start getting their products into the market.

Matrix Industries, a Silicon Valley start-up co-founded by Akram Boukai and Douglas Tham, who both have PhDs in chemistry from Caltech, raised $12.3 million, according to a filing with the SEC on Wednesday. The company is still aiming to raise another $5 million, the filing says.

Matrix, formerly known as Silicium Energy, has developed a family of smartwatches that are “powered by your body heat” and never have to be charged, its website says. The Matrix PowerWatch has three models that will start shipping in September and October, ranging in price from $139 to $179.

“As you exercise and your skin gets warmer, the PowerWatch generates more power,” Boukai says, in a promotional video for an Indiegogo crowdfunding campaign the company ran in January that brought in $1.5 million.

Matrix is backed by Khosla Ventures, whose founder Vinod Khosla was originally on the board. Vijit Sabnis, a venture partner at Khosla, is now listed as a director on Matrix’s filing. Sonny Vu, the founder of smartwatch maker Misfit, which was acquired by Fossil, is also a board member.