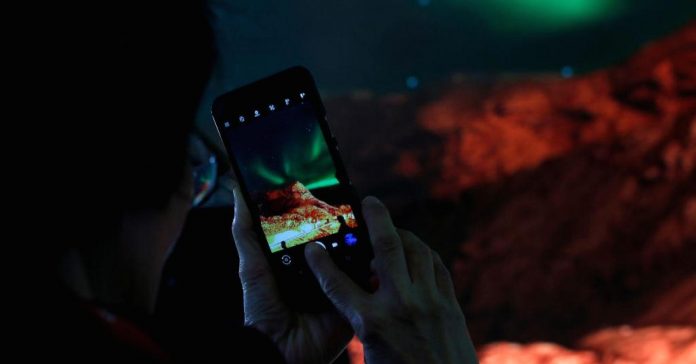 Flashy stands and huge branding are plastered across the halls at Mobile World Congress (MWC), the biggest mobile show in the world that is taking place currently in Barcelona, Spain.

Hundreds of technology companies exhibit their latest and greatest at the show, with smartphones playing a central role. Samsung, Huawei, Sony and LG have all launched devices at the event.

But aside from the big companies, a number of smaller players have handsets on display that all looked very similar, prompting comments from some analysts suggesting that innovation in smartphones has stalled.

“Beyond the flashy flagship devices where companies are investing hundreds of millions of dollars promoting them, there is an avalanche of unremarkable mid-tier Android phones, with the risk of these shows becoming a veritable trash-fest of ‘me too’ products that fail to excite consumers,” Ben Wood, chief of research at CCS Insight, told CNBC.

Smartphone sales fell in the fourth quarter of 2017 for the first time since 2004, according to data from Gartner. Consumers are holding onto phones for longer and Gartner said “high expectations and few incremental benefits during replacement weakened smartphone sales.”

So the question is, have we reached peak smartphone? And what is the next wave of innovation?

Wood doesn’t see any huge changes to the look of devices in the near future, even amid talk of foldable displays.

“Smartphone innovation has plateaued, we are at a situation where it is incremental improvements to already proven designs, and that is a challenge for everybody involved. But there is no clear indication of where the next disruption will come from,” Wood said.

One major focus for some of the top tier players has been around artificial intelligence (AI). Samsung showed off the improved capabilities of Bixby, the AI personal assistant on its Galaxy S9 flagship device. Google, which creates the Android mobile operating system, and Apple are both using AI in their software. And Huawei’s flagship phone, the Mate 10 Pro, has its own dedicated AI chip inside.

This is where some analysts see the improvements in smartphones coming from.

“Yes, the form factor of phones is the same, but people care less about that when they see what the phone does for them. This is not about what we can do with the phone, it’s about what the phone can do on our behalf without having to do anything. That is where AI is taking place,” Francisco Jeronimo, research director for European mobile devices at IDC, told CNBC.