On May 2, 2011, SEAL Team Six breached Osama bin Laden’s Abbottadad, Pakistan compound and ended the life of the most wanted terrorist on earth, and the team member who actually shot bin Laden reportedly did so with a Heckler & Koch 416.

When the gun type was reported by other outlets, Breitbart News reached out to a former Navy SEAL for verification and he said the H&K 416 was “very likely” the gun used to take out bin Laden. 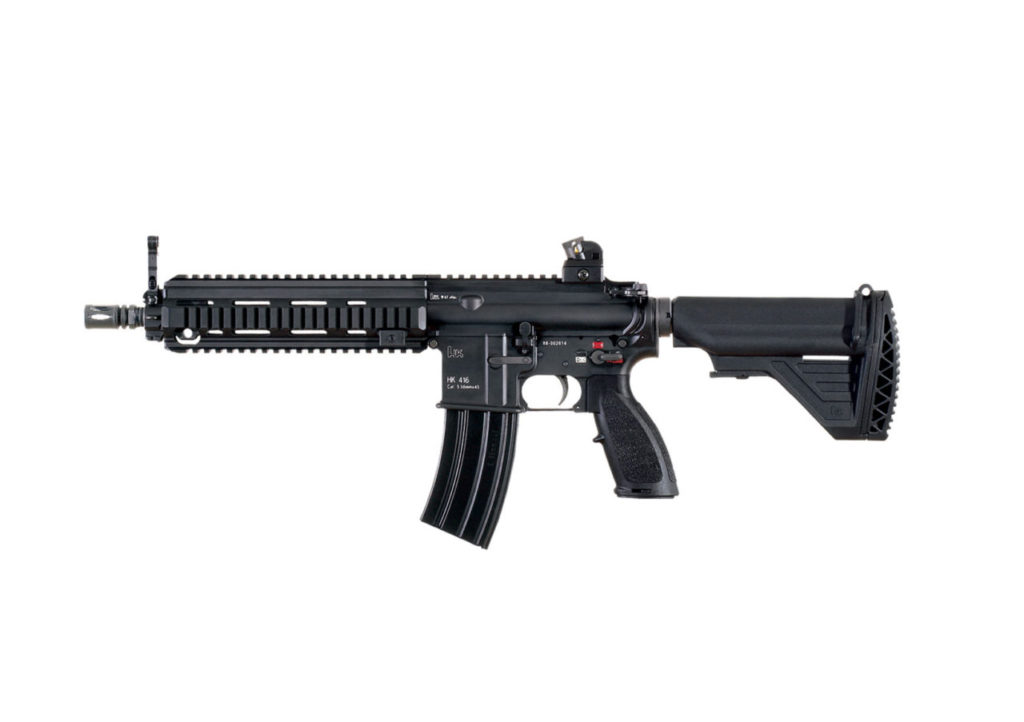 Heckler and Koch developed the HK416 for U.S. special operations forces as a major product improvement of M4/M16-type carbines and rifles. Using the HK-proprietary gas piston system found on the G36, the HK416 does not introduce propellant gases and carbon fouling back into the weapon’s interior, making it the most reliable of any M4/M16 type weapon.

The HK416 has been combat-proven in Southwest Asia and has also gained worldwide attention of military, law enforcement, and security users. In April 2007, the HK416 was selected as the new Norwegian Army rifle. The 10.4 inch barrel model is the shortest, most compact variant and is widely used by special operations, law enforcement, and military units worldwide.

CNN recounted the details of the raid that ended bin Laden’s life:

May 2, 2011 – In the early morning hours (approximately mid-afternoon on May 1 in the United States), a group of 25 Navy Seals raid the compound in Abbottabad, Pakistan.

When gun controllers see either of the above versions of the H&K 416, they may be quick to describe them as the same kind of AR-15 rifles that civilians buy stateside. However, military rifles and civilian rifles are far different. On the sides of both photographs of the 416 you will notice a selector switch that lets the firearm go from semi-automatic–which is the version civilians own–to fully automatic or three round bursts, both of which are used by military personnel. The civilian versions only resemble the military versions in shape and appearance.