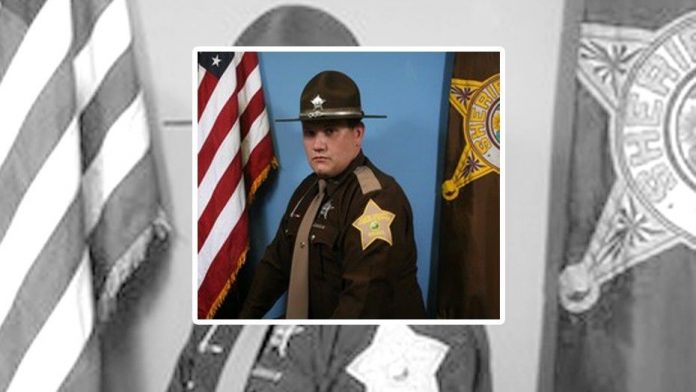 Jacob Pickett was critically wounded while assisting in the chase and later died, Indiana State Police confirmed in a statement.

Pickett is the first person killed in the line of duty from the Boone County Sheriff’s Office since 1935, police said.

Officers with the Lebanon Police Department were trying to serve a woman an outstanding warrant when around 9:30 a.m., they spotted a man, who they recognized as John D. Baldwin Jr., 28, that also had an oustanding warrant, an earlier statement from Indiana State Police said.

Police said Baldwin Jr. was ordered to stop, but instead he fled the scene in a silver Ford Focus with two other people, later identified as his father, John Baldwin Sr., 55, and Anthony Baumgarht, 21.

A chase for the men through Lebanon ensued and officers were joined by the Boone County sheriff’s deputy, police said. The car stopped and its occupants “fled on foot.”

“While chasing one of the suspects the Boone County Deputy was shot,” police said.

This is a developing story. Please check for additional information.