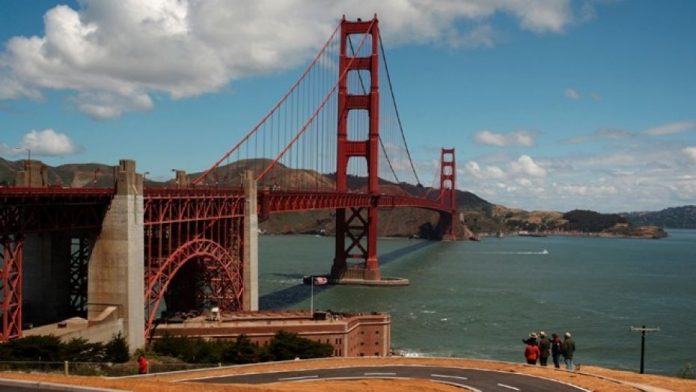 A male pedestrian was killed after a vehicle hit him upon entering traffic lanes on the Golden Gate Bridge Monday evening, authorities said.

Bridge patrol officers approached the man about 8:45 p.m. as he was on the west walkway and the bridge is known for people trying to jump off it, Golden Gate Bridge, Highway and Transportation District spokeswoman Priya Clemens told Bay City News Service.

The man reportedly tried to get away from the officers, prompting him to go over the handrail and run across the southbound lanes – only to be fatally struck by a car in the northbound lanes.

Authorities administered CPR for around nine minutes but the man died, Clemens said.

The California Highway Patrol said that all northbound lanes of the Golden Gate Bridge are closed and there is no estimated time of the road reopening.

The coroner’s office will be investigating the incident.