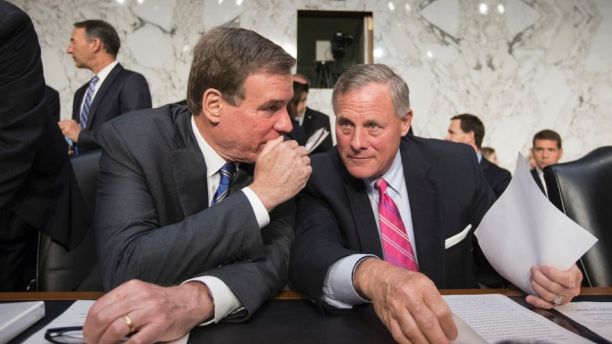 The Senate intelligence committee will receive former FBI Director James Comey’s memos of his conversations with President Trump as part of its investigation into Russian actions during the 2016 election, the committee’s top Democrat told reporters Wednesday.

“We have a commitment to get appropriate access to the Comey memos,” said Sen. Mark Warner, D-Va. “I’m pleased, I think it’s critical information we have to have as part of our review process.”

Comey, who was fired by Trump as FBI Director May 9, told lawmakers earlier this month that he prepared multiple memos documenting conversations with the president that Comey said made him uneasy. One of the memos detailed a Feb. 14 conversation in which Trump requested that the FBI end an investigation into former national security adviser Michael Flynn.

During his testimony before the Senate intelligence committee, Comey admitted to having a friend leak that memo to the media.

Warner said he’s anxious to see Comey’s contemporaneous reflections on his meetings with the president, particularly the Oval Office discussion on Flynn.

Warner wouldn’t say if he knew if there were multiple copies of the memos.

Earlier Wednesday, a source close to Trump’s legal team told Fox News that they had indefinitely postponed filing ethics complaints against Comey with the Department of Justice inspector general and the Senate Judiciary Committee in relation to the leaked Feb. 14 memo.

The source said the postponement was in deference to the ongoing FBI investigation led by special counsel Robert Mueller.

Fox News’ John Roberts and the Associated Press contributed to this report.