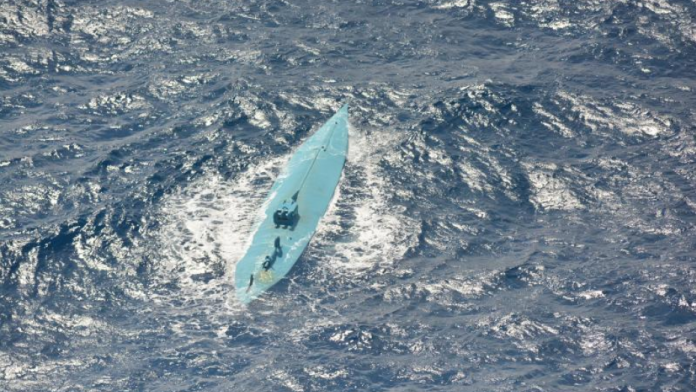 According to the U.S. Customs and Border Protection (CBP), on November 13, CBP and Marine Operations (AMO) arrested the crew during operations in international waters, and all three suspects will face charges in the U.S.

“Interdicting self-propelled semi-submersible vessels requires expertise and the right aircraft. Air and Marine Operations will continue to beat the cartels at their own game to protect our borders.”

The multi-day operation from surveillance to interception, according to CBP, involved several interagency partners including the U.S. Coast Guard and the U.S. Navy.

AMO operates maritime patrol aircraft from Corpus Christi, Texas, and Jacksonville, Florida, to conduct long-range aerial patrols and surveillance missions along the U.S. borders and in drug transit zones in Central and South America, according to CBP.