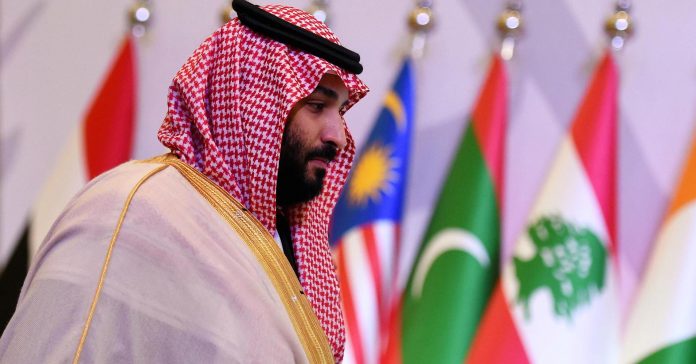 “I was blown away about how much of this is coming from the bottom up, but … how he handles these domestic issues and these foreign issues can really undermine him on what is the central project,” Friedman said.

The prince spearheaded a 2015 invasion of neighboring Yemen that had dragged on and drawn harsh criticism from human rights groups. Earlier this year, Saudi Arabia and its allies sought to force Qatar to change its foreign policy by isolating the tiny Gulf monarchy, but the Qataris have refused to yield.

The Saudis appeared to intervene this month in Lebanon’s affairs when Lebanese Prime Minister Saad Hariri briefly resigned during a trip to Saudi Arabia. The incident came amid Saudi saber rattling against regional rival Iran, which supports the Lebanese Shiite Muslim group Hezbollah.

Around the same time, Saudi authorities began rounding up princes, officials and businessmen as part of an anti-corruption campaign. The detainees were reportedly offered their freedom if they signed over their assets.

Middle East watchers, including Friedman, say the arrests are likely aimed atconsolidating Mohammed’s power as well as cracking down on Saudi Arabia’s well-documented graft problem. Friedman said the process has not been transparent so far and could yet backfire.

“This is a pivotal moment, I think, for the crown prince. If this process of arresting these people … ends with some form of transparency and is done in the context of a rule of law, I think it will strengthen him,” he said.

“If it doesn’t, I think it will weaken him and it will affect both Saudi investors and global investors.”