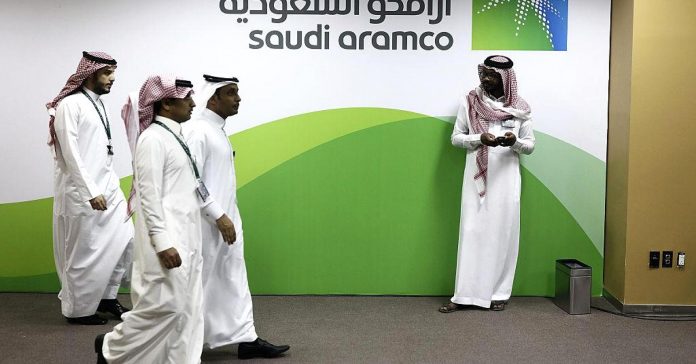 This is a breaking news story, please check back later for more.

Saudi Arabia’s state-owned oil behemoth is increasingly looking to float locally as plans to list for an initial public offering (IPO) on an international exchange hang in the balance, Reuters reported, citing sources close to the matter.

Saudi Aramco had planned to begin trading on the country’s domestic stock market — the Tadawul — and one or more foreign exchanges in the second half of 2018.

However, Aramco’s listing is reportedly no longer expected to take place this year.

The Financial Times, citing British officials who had been briefed during a state visit, reported on Sunday that Aramco’s IPO — widely seen as the cornerstone project of the kingdom’s efforts to reform its economy — is struggling to arrive at the $2 trillion valuation sought by Saudi’s crown prince, Mohammed bin Salman.

London, New York and Hong Kong are among the foreign bourses competing for the share sale.

A domestic listing and a private sale to a strategic investor — potentially from Beijing — is another possibility.