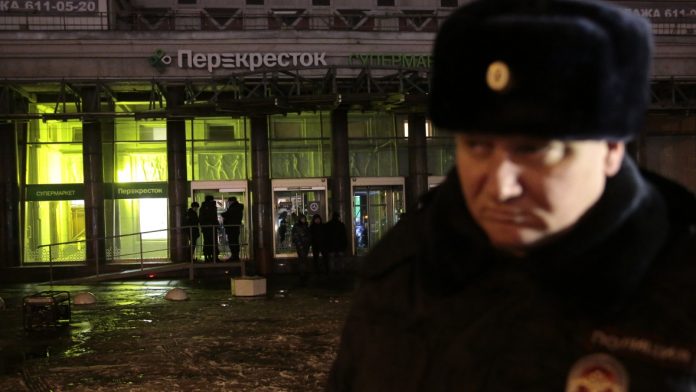 Russia’s main domestic security agency says it has arrested a man suspected of setting off an explosion at a supermarket in St. Petersburg earlier this week.

The blast Wednesday in a storage area for customers’ bags injured 18 people.

The Federal Security Service, or FSB, announced the arrest in a statement carried by Russian news agencies, but did not identify the suspect or provide any details about his motive. They did say the suspect organized and carried out the attack on his own.

ISIS has claimed responsibility for the explosion, according to SITE Intelligence Group, a non-governmental group that monitors ISIS statements.

President Vladimir Putin has called the explosion a terror attack, adding that he ordered security agencies to kill terror suspects on the spot if they resist arrest.