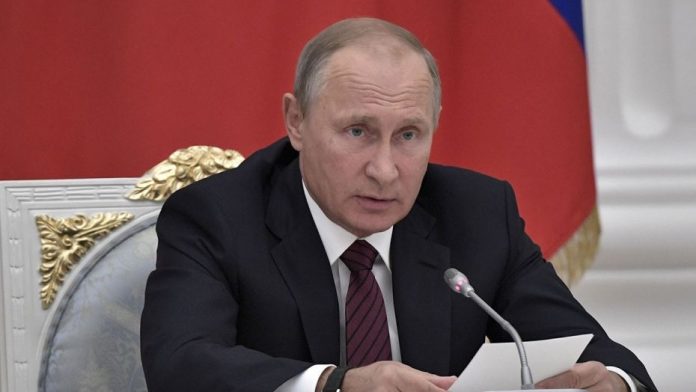 Russian lawmakers approved legislation Wednesday that would allow authorities to force any foreign media organization to register as a “foreign agent” — signaling an increasingly hostile relationship between the U.S. and Russia.

The bill passed the State Duma, the lower house of the Russian Parliament, unanimously in retaliation of the U.S. government pressuring Russian state-funded TV channel RT – formerly Russia Today – to register with the Justice Department as a foreign agent, the Washington Post reported.

RT will now have to disclose the sources of its funding and activities intended to influence a lawmaker or other government official, the New York Times reported. It remained unclear what the designation will mean for RT’s journalists.

Russian lawmakers didn’t say which specific media organizations would be asked to sign up for “foreign agent” status, saying that would be determined by Russia’s Ministry of Justice.

Media companies designated as foreign agents will have to file a quarterly report on their funding sources and activities to the Russian Justice Ministry. Their produced work will have to say that they are foreign agents in the country, the Times reported.

State-funded U.S. outlets operating in Russia such as Voice of America or Radio Free Europe are among the likely media organizations to be pressured, but the new possible law also covers private media companies, the Post reported.

In fact, the new rule could affect all foreign media outlets operating in Russia in a veiled attempt to crack down on negative coverage of President Vladimir Putin’s regime.

“Numerous independent media in the country get foreign funding,” Tanya Lokshina, the Russia program director at Human Rights Watch, told the Times. “The foreign funding could become a pretext to crack down on them. It is just shockingly disproportionate and broad. The way it is written now, it appears it could be used for many different purposes.”

The lawmakers, however, were reluctant to pass the bill, saying they were forced after U.S. officials pressured RT.

“We didn’t want to pass this law,” Pyotr Tolstoy, deputy speaker of Parliament, told the Times. “This is a law that might not have existed. In Russia, we never took measures limiting freedom of speech in any of its forms.”

“In Russia, we never took measures limiting freedom of speech in any of its forms.”

Dmitri S. Peskov, Putin’s press secretary, said that “any encroachment on the freedom of Russian media abroad is not and won’t be left without a strong condemnation,” according to the Times.

The measure now awaits to be approved by the Russian Senate and signed by Putin. The Russian leader reportedly expressed some concerns about the bill and its extensive scope.