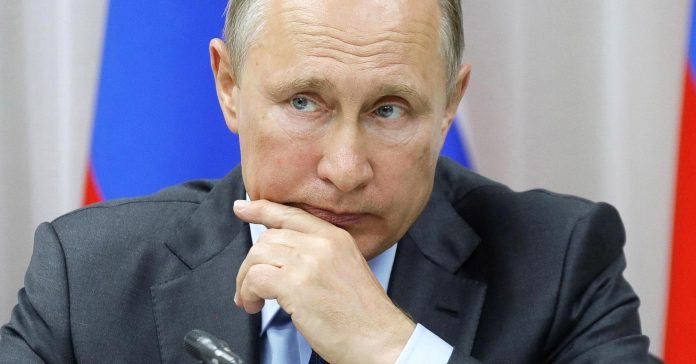 The Aegis ground-based system, which uses a collection of powerful radar installations, computers and interceptors, already is used by NATO countries such as Romania to protect against incoming ballistic missiles as well as enemy cruise missiles and aircraft. A system in Poland is scheduled to become fully operational in 2018.

“This is a way of [Russian President] Vladimir Putin mucking around Northeast Asia,” said Bruce Klingner, senior research fellow for Northeast Asia at the Washington-based conservative think Heritage Foundation. “He has recently been playing more of a spoiler role.”

Klingner, a former chief of the CIA Korea division, also said the Aegis Ashore system the Japanese want “is simply using the same system that Japan already has deployed on ships. So Russia’s criticism is disingenuous because it’s simply more of what Japan already has that Russia has not protested in the past.”

Still, the Russian diplomat asserted the Aegis Ashore system is capable of using attack weapons and represented “a new violation of the Intermediate-Range Nuclear Forces Treaty (INF) by the U.S. with practical assistance from Japan.”

The U.S. State Department spokesperson said in an email response: “The United States is in full compliance with the INF treaty. Russian claims to the contrary are false and meant to deflect attention from Russia’s own very clear violation.”

According to U.S. defense experts, the Aegis ship-based system can use cruise missiles but the ground system is not designed for it.

“Aegis Ashore doesn’t have that software (for cruise missiles) and the other technical things needed,” said Gary Schmitt, co-director of the Marilyn Ware Center for Security Studies at the American Enterprise Institute, a Washington-based conservative think tank. “It’s very clever on the Russians’ part because a hole is a hole, so prima facie it can look like you can do something like that.”

Also, Russia has previously claimed the U.S. was in violation of the INF treaty with regard to Aegis ground-based defense systems in Romania and Poland. And, the U.S. also has made the case in the past that Moscow too violated the landmark arms control treaty by deploying nuclear-capable, ground-launched cruise missiles.

Russia, meantime, said the anti-ballistic missile system in Japan would have consequences for Moscow-Tokyo relations.

“We see this move by Japan as running counter to efforts to ensure peace and stability in the region,” Zakharova said. “Such actions by Tokyo are directly at variance with the priority task to build trust in the military-political sphere between Russia and Japan and will negatively influence the general atmosphere in bilateral relations, including negotiations on a peace treaty.”

Meantime, former CIA official Klingner predicts that Japan will likely see more North Korean missile tests in the new year. Some missile tests this year by the nuclear-armed secretive regime have flown over Japan while others have landed within Japan’s so-called exclusive economic zone.

For example, in September the North Koreans fired a missile over the northern Japanese island of Hokkaido. The incident resulted in authorities issuing a so-called J-Alert over people’s cellphones to warn them about the potential dangers and to take cover.

Last month, President Donald Trump suggested the Japanese should have shot down the missiles fired over their territory with U.S. technology.

Klingner said the Aegis system, though, is designed for inbound missiles as opposed to something flying overhead.

“Going over Japan is something that would exceed the capabilities of the missile defense systems,” he said. “So it’s like a shortstop watching a fly ball go over his head in the outfield.”

Looking ahead, Klingner expects the new year will result in more missile tests by the North Koreans, including at least one intercontinental ballistic missile test perhaps “a distance in the Pacific.” He also noted that Pyongyang threatened earlier this year to fly a missile over Japan toward the U.S. territory of Guam but didn’t do it.

“I don’t think it’s going to be any quieter next year than it was this year,” Klingner said.