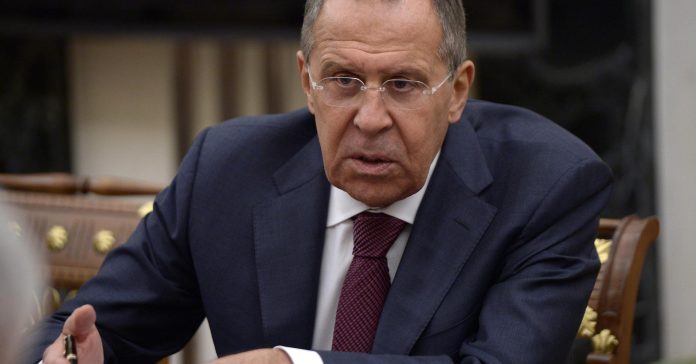 Russia’s foreign minister has accused the U.K. of behaving in a “high-handed” and “misleading” manner after Downing Street implicated Moscow in the attempted murder of a former Russian spy and his daughter on British soil.

Sergei Lavrov said Wednesday that Russia had no motive to poison Sergei Skripal, a former Russian spy-turned-double agent for the U.K., and his daughter Julia on March 4. The pair were found slumped on a bench in Salisbury, England, after being exposed to a nerve gas and remain in a critical condition in hospital.

The U.K. government demanded Monday to know if Russia was involved in the attack, and if not, how a Russian-produced deadly nerve agent had got into the U.K.

Prime Minister Theresa May said it was “highly likely” that Russia was behind the attack and gave Moscow a deadline of the end of Tuesday to respond, but the Kremlin did not do so. She is expected to announce retaliatory measures against Russia today, including possible diplomatic expulsions, asset freezes and travel bans.

“Britain is flagrantly trying to mislead the international community… (and) is staging a political performance,” Lavrov said on Wednesday, according to comments reported by Reuters.

Despite a video from 2010 resurfacing in which Russian President Vladimir Putin suggested that traitors “will kick the bucket”, Lavrov said Russia had no motive to conduct the attack, but that those that wanted to spread a “Russophobic campaign” did.

Lavrov said the British allegations are “not robust and not serious” and that the U.K.’s approach was “we know everything, you have to believe us.”

Sergei Skripal worked for the Russian secret service before becoming a double agent for the U.K. He was imprisoned in Russia but was released as part of a “spy swap” in 2010 and came to live in the U.K.