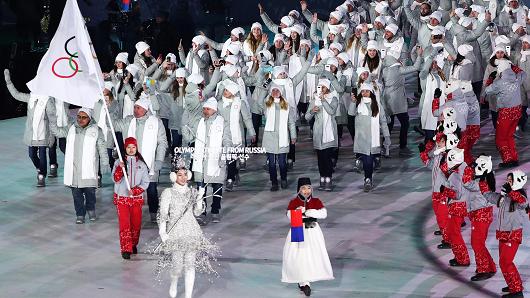 Olympic Athletes from Russia take part in the Parade of Nations at the opening ceremony of the PyeongChang 2018 Winter Olympic Games at Pyeongchang Olympic Stadium.

“It’s a decision of the utmost importance for us.”

Russians competed as neutrals in the 2018 Pyeongchang Winter Olympics after the IOC suspended Russia in December, saying it had found evidence of an “unprecedented systematic manipulation” of the anti-doping system.