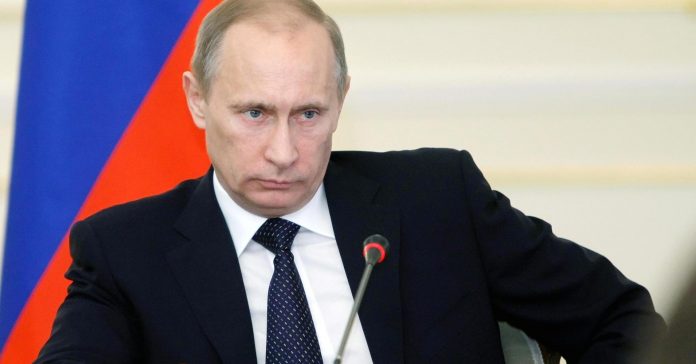 Russia has until the end of Tuesday to explain why a nerve agent, which the U.K. deemed to have been created in Russia, was used to poison a former Russian spy and his daughter in Salisbury, England.

U.K. Prime Minister Theresa May said Monday that it was “highly likely” that Russia was responsible for the attempted murder of Sergei Skripal and his daughter Yulia on March 4.

Calling it a “reckless and despicable act,” May said, “There are therefore only two plausible explanations for what happened in Salisbury on March 4. Either this was a direct act by the Russian state against our country. Or the Russian government lost control of this potentially catastrophically damaging nerve agent and allowed it to get into the hands of others.”

May said U.K. Foreign Secretary Boris Johnson had summoned the Russian ambassador to the Foreign and Commonwealth Office to explain why the nerve agent was used in the poisoning. Moscow has until the end of Tuesday to respond, she said.

May hinted that Britain is “ready to take much more extensive measures” against Russia, beyond the commonplace expulsion of diplomats, visa freezes and suspended security cooperation.

Russia has not made any official response to May’s request. CNBC has contacted its Foreign Affairs Ministry for comment.

Skripal and his daughter remain in a critically ill condition in hospital. The pair were found slumped on a bench in Salisbury city center and parts of the city have since been cordoned off as British counter-terrorism police and the army have sought the source of the nerve agent.

Speaking to the U.K. parliament on Monday, May said the nerve agent used was part of the Novichok family of deadly chemical weapons. It is far more toxic than nerve agent VX, which was used to murder Kim Jong-un’s half-brother Kim Jong Nam in 2017. “Novichok” means “newcomer” in Russian and such nerve agents were developed in the country a few decades ago.

“It is now clear that Mr Skripal and his daughter were poisoned with a military-grade nerve agent of a type developed by Russia,” May said. “This is part of a group of nerve agents known as ‘Novichok.'”